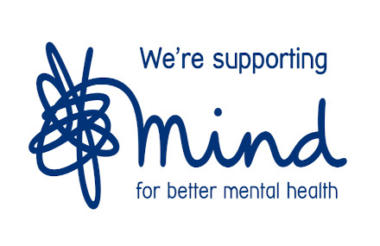 A Welsh branch of Mind is no longer part of the federated network and must stop using the branding by 19 October.

National Mind served the disaffiliation notice this summer when the two charities were unable to resolve issues, after a number of years in dispute.

The local branch, Ynys Mon and Gwynedd Mind (YMGM), began raising concerns about national Mind in 2015 and is currently in a legal dispute with Mind around the disaffiliation.

A spokesperson at the local Welsh branch said: “It is YMGM’s position that we have been forced out of the Mind federation as a direct result of raising serious and significant issues regarding the governance of Mind and the behaviour of a number of individuals within the Mind organisation.”

The Charity Commission is aware of the concerns and is assessing them to see if there is a role for it as the regulator.

Mind: Not a decision we have taken lightly

In most federated structures all the branches are separate registered charities, which are overseen by a national body to provide co-ordination across the network.

Mind said that it served the disaffiliation notice because it had not been possible to resolve the issues.

Karen Mellanby, director of network and communities at Mind, said: “We have taken a decision to disaffiliate YMGM, which came into effect on Thursday 19 August 2021. This means they no longer form part of the Mind network and have to stop using the Mind brand.

“This is not a decision we have taken lightly – we have worked with YMGM since 2015 to deal with issues between us, but despite significant effort from both sides it has not been possible to resolve them.”

There are currently 113 local Minds in England and Wales, with one other disaffiliation in the past 12 months.

Last year an independent external investigation into complaints, which had been raised by YMGM against Mind, partially upheld the concerns.

However, the investigator found sufficient evidence to support the complaint that YMGM was excluded from some communication by Mind, and contact from Mind was “on occasions intermittent, not timely, or they ceased altogether”.

This caused frustration to the complainant and was a breach the principles of the Community Partner Agreement (CPA) around working in collaboration and sharing information.

It adds that some words used in meetings with the complainant would be likely to have caused anxiety and stress.

Mellanby from Mind said: “It is important to note that an external, independent and robust investigation into the issues between Mind and YMGM cleared Mind of any allegations of bullying. Further, it acknowledged that although there were some failures in communication, efforts to engage with YMGM were ‘taken with good intentions and to establish effective ways of working’.”

When Mind warned YMGM that it faced being disaffiliated the local charity challenged the national body's reasons and the process.

Mind asked YMGM to sign the new Mind Federation Agreement by 10 May 2021, in order to remain in the network. But YMGM said it did not sign as it felt inappropriate to do so while in the midst of a complaint about Mind.

The local Mind said the grounds to disaffiliate were false, alleging that it fails to follow the correct schedules of the CPA for disaffiliation and appeal.

Then on 19 May 2021 national Mind provided the local Mind with another notice to disaffiliate.

In its statement Mind said that it had “no choice but to disaffiliate” because it had been unable to carry out routine checks.

Karen Mellanby, director of network and communities at Mind, said: “We routinely carry out quality checks of our local Minds to make sure they meet our standards. Our local Minds have to meet certain standards to be part of the Mind family. The public, funders and, most importantly, users of mental health services have a right to expect a high quality service from an organisation affiliated to the Mind brand. If we don’t feel a local Mind is meeting our expectations, we will work with them to make improvements.

“Unfortunately due to the issues arising between Mind and YMGM we have been unable to carry out these quality checks within the three-year cycle expected of all local Minds. As we have been unable to carry out these checks, we are unable to verify the organisation meets our quality standards so we had no choice but to disaffiliate, as this is a strict requirement of affiliation. Also, YMGM refused to sign our updated Federation Agreement, which all local Minds in England and Wales have done.”

The complainant at YMGM said they remain concerned around the governance of national Mind.

They said the “the trust and confidence that YMGM may have once had in Mind has now been completely eroded”.

They added: “We are in a transitional period after a very difficult time, however, we are looking forward to continuing to serve the people of Anglesey and Gwynedd to the best of our ability with grassroots services-developed by local people and for local people.”

The complainant at YMGM has also contacted the regulator regarding this dispute, and the Charity Commission is currently assessing concerns.

A spokesperson for the Commission said: “We are aware of concerns about Mind’s engagement with one of its affiliated charities (YMGM). We are currently assessing these matters to determine whether there is a regulatory role for the Commission and cannot comment further at this time.”