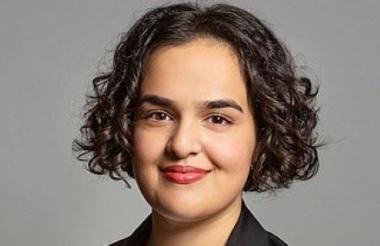 Britain’s youngest member of parliament has spent months working with her local volunteering centre on plans to give £100,000 to charity over the next four years.

Nadia Whittome, who was elected as the Labour MP for Nottingham East in December last year, pledged to donate a substantial proportion of her annual salary to charities in her constituency.

Whittome said that Nottingham CVS had been “fantastic” in helping her decide how to distribute the remaining £20,000 a year. The money will be shared between “a small handful” of local charities including trade union branches, with donations going to a new group of charities each year until the next general election in 2024.

Whittome declined to name the charities she will be supporting but made her first donation this month, to the St Ann’s Advice Centre.

Whittome told Civil Society News that she had decided to support her chosen charities through direct, unrestricted donations, but only after discussing other philanthropy options with Nottingham CVS and a specialist lawyer.

Those options included setting up a trust fund to manage the money, or making restricted grants to fund specific projects.

She said: “Nottingham CVS have been fantastic, brilliant.

“I have been having conversations with them for a few months now, discussing what the best way would be to donate money, and taking advice from them on whether to set up a trust fund. What we decided on was that I would work out the number, and then send it as a straightforward individual donation.

“They were talking to me about the different ways you could donate. By, for example, having a grant with conditions attached.

“But of course I didn’t want to do that. Organisations know best how to spend the money. I don’t need to be involved in how it’s spent.”

Whittome said that the experience of supporting local constituents had helped her to identify charities to which she would make donations. She did not say how many organisations in total would be receiving money.

'This is about solidarity'

She said: “This is about solidarity, not charity.

“Firstly, it’s an important representative principle for me. I am in parliament as a worker’s representative. I want to be on a wage that doesn’t materially separate me greatly from the people I represent.

“But I also want to be able to practically help the organisations and groups in my constituency that are resisting austerity and making a practical difference to people’s lives.”

Whittome added: "I’ll be announcing the other [donations] incrementally over the year.”

Asked whether any of her colleagues in the House of Commons had approached her about committing to making donations on a similar scale, she said: “No. But I would say that, after initial conversations with the CVS which were very helpful, it has been quite simple to do, and I would recommend other people using the same model.”

Jules Sebelin, the head of business development and deputy chief executive at Nottingham CVS, said: “We have been supporting voluntary action in Nottingham for over 140 years.

“We were really pleased to be involved in assisting Nadia to develop a strategy for the distribution of her salary to good causes. We admire her selfless act of giving and hope that some of her colleagues are inspired to do the same.”

'Some charities will be insolvent within weeks,' MPs tell Treasury