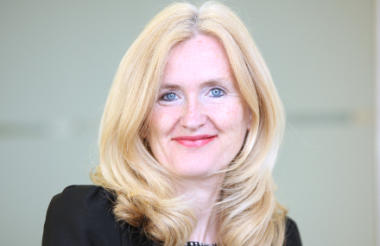 The Charity Commission must be clearer about its regime for reporting serious incidents, a charity law conference was told yesterday.

At present, the Commission requires all charities to report all serious incidents, which are broadly speaking those which involve the loss of your charity’s money or assets, or harm the charity’s work, beneficiaries or reputation.

But most charities do not report these incidents, and the Commission has no statutory sanction if they do not do so. The Commission offers relatively little guidance on exactly how a serious incident should be defined.

Rosamund McCarthy, a partner at law firm Bates Wells Braithwaite, told the audience during a panel debate at her company’s annual tea party event that there were questions over whether the serious incident reporting regime should be placed on a statutory footing. If not, she said, trustees needed far more guidance about what should be reported and when, and what the purpose of the reports was supposed to be.

She also questioned whether charities are really following the regime properly, saying that more than 99 per cent have not filed an incident with the Commission.

“We’d like the government to set up a review of the SIR regime,” she said. “It should scrutinise the role of SIR. No other regulator requires this sort of reporting in real time. What do we expect the Commission to do with this information?”

Elizabeth Chamberlain, head of policy and public services at NCVO, agreed that the regime lacked clarity. “At the moment, there’s no definition of what a serious incident is,” she said. “Trustees don’t feel they have the confidence to know what they should and shouldn’t report.” As a result, she said, some trustees were over-reporting while others were under-reporting.

Non-reporters could come under more scrutiny

Michelle Russell, director of investigations, monitoring and enforcement at the Charity Commission, defended the current regime. She suggested that charities which didn’t report could potentially come under more scrutiny than those which did.

“The primary question for us is, if something happens, has the charity got a grip?” she said. “It’s about risk management.

“One shock factor to us is that some charities internally haven’t got a grip on their governance. They don’t know what their trustees and senior managers need to know. There’s a lack of internal accountability and oversight of internal reporting."