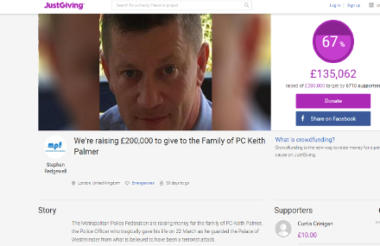 The Metropolitan Police Federation has decided to close the JustGiving page it set up to raise money for the family of policeman Keith Palmer, having raised over £736,000.

In a statement posted on the page yesterday, Stephen Redgewell, Metropolitan Police Federation treasurer, said that “the appeal has raised far more than anyone could have ever imagined” and that the MPF had “decided it is time to close the JustGiving appeal for Keith”.

Redgewell said that “any donations can still be made via the HSBC account or by post” directly to the MPF.

A spokesman for JustGiving said that the decision to close the page had been made by the MPF, who “feel they’ve raised enough for PC Palmer’s family and wanted to concentrate more time on the two other officers who were injured” in the attack on Westminster last Wednesday.

According to various media reports, two other Metropolitan officers were injured in the attack while crossing Westminster Bridge after a commendation ceremony and at least one of the officers suffered “life-changing injuries” in the attack.

Page closure has ‘nothing whatsoever’ to do with JustGiving fees

A spokesman for the Metropolitan Police Federation told the Metro that the decision to close the JustGiving page had “nothing whatsoever” to do with the organisation’s fee payment structure.

He said that the MPF “entered into” the agreement with JustGiving “knowing fully what they charge – they are a business. You can have all your views and opinions about that but, at the end of the day, we would never have raised what we have raised if we hadn’t of used JustGiving”.

He said the MPF now wanted “to channel the money differently now that we’ve got enough for PC Palmer’s family”.

The statement came after a number of national newspapers criticised JustGiving over the weekend for refusing to waive its fees on the page for PC Palmer.

The MPF also released a statement from Palmer’s family, which said they’d been “overwhelmed by the love and support” shown to them and thanking all those who “reached out to us over the past few days for their kindness and generosity”. 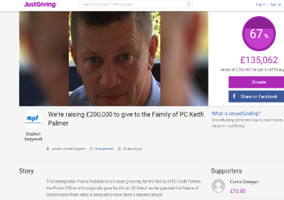 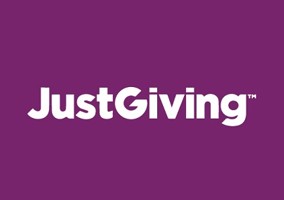 David Ainsworth: The Daily Mail has got it wrong on JustGiving