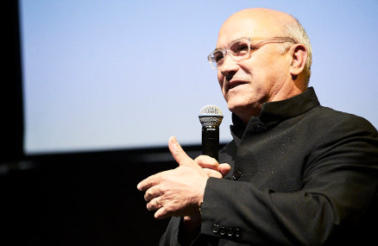 Goldring was presented with his prize at last night’s Charity Awards ceremony at the Mermaid Theatre in London by Cathy Phelan, wife of the late Daniel Phelan, founder of the Charity Awards.

Goldring was recognised for an exceptional voluntary sector career spanning three decades and so many countries he’s lost count.  He has worked most of that career in international development, except for a five-year stint at the helm of Mencap, the UK’s largest disability charity.

It was not the first time Goldring has graced the Charity Awards stage.  He won his first Charity Award in 2002 when he was chair of Revolving Doors Agency, was back again two years later as chief executive of VSO, and in 2011 was chief executive of the UK’s largest disability charity, Mencap, when it won the Overall Award for its campaign to encourage NHS staff to treat people with learning disabilities with more respect.

He also boasts a long list of trustee and volunteering roles.  As well as chair of Revolving Doors, the Learning Disability Coalition, and the British Overseas Aid Group, at one time or another he’s been vice chair of Amref and on the board of BRAC UK, and has volunteered for Sense, St Mungo’s and of course VSO.

Accepting the award before an audience of senior sector figures, politicians, celebrities and frontline charity workers, Goldring said it was a "real privilege to receive this award in Dan's name".

"Having worked with him over the years, I feel deeply honoured," he said. "We get to champion these causes but we don't expect to always be thanked or popular for doing it.

Goldring also called for the sector to "push back" against political interests that go against the work of charities.

"We need to be respectful and obey laws and regulation. But we also need to push back in the appropriate ways when those rules and laws feel like they are putting political convenience ahead of the very interests that we exist to serve," he said.

But he also called for the sector to lead by example.

"We need to make sure our own leadership is spotless and can stand up to media scrutiny," he said.

Andrew Hind, chair of the Charity Awards judges, said:  “Mark personifies the qualities that we all want to see in an outstanding charity leader.

“For over three decades at VSO, Mencap and Oxfam he has demonstrated an unswerving commitment to charitable mission, a highly intelligent and creative approach to solving intractable problems, an impressive ability to communicate with a diverse range of stakeholders, a humility that is rare in one holding such onerous office, and the courage to speak truth to power in the interests of the civil society to which he has dedicated his career.

“He is a most worthy winner of this year's Daniel Phelan Award for Outstanding Achievement.”

“Mark is an exceptional leader who has selflessly applied his energy and unique talents for the benefit of others over many years.

“His work has helped so many people across so many countries. Few of those who have benefitted will know Mark, or ever be able to appreciate what he has done for them. It is therefore only right that we should acknowledge and celebrate what he has achieved.”

The Charity Awards, organised by Civil Society Media, is the longest-running and most prestigious awards scheme in the charity sector.  Now in its 17th year, the programme celebrates excellence in charity leadership and management, with prizes awarded in ten categories covering all types of charitable activity.  Charities Aid Foundation has been the Overall Awards Partner for 12 years.

The Daniel Phelan Award for Outstanding Achievement is the only individual award given out, and the recipient is selected by Civil Society Media and approved by the judging panel.  Mark Goldring joins an illustrious list of winners, including Sir Stuart Etherington, Sir Roger Singleton, Baroness Jill Pitkeathley, Julia Unwin and Sir Nicholas Young.

Daniel Phelan founded the Charity Awards in 2000.  After he died in 2015, the organisers at Civil Society Media decided to change the name of the Outstanding Achievement Award to honour his memory.