Sector bodies have called on HMRC to make the Gift Aid Small Donations Scheme “clearer, simpler and broader” in response to a government consultation which closed yesterday. 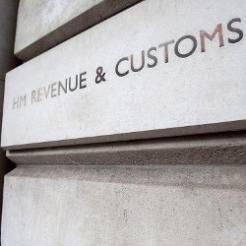 Sector bodies have called on HMRC to make the Gift Aid Small Donations Scheme “clearer, simpler and broader” in response to a government consultation which closed yesterday.

A joint evidence submission to HM Revenue & Customs by a number of sector bodies - including NCVO, the Institute of Fundraising and the Charity Finance Group - said that while they supported the idea of the GASDS, it “has not lived up to expectations”.

The GASDS is a scheme which allows charities to claim a gift-aid like relief on donations, even if those donations are not accompanied by the normal gift aid paperwork.

"The latest Charity Tax Statistics state that only £27m has been claimed through the GASDS, significantly less than the original estimations that the scheme would be worth £135m by 2014/15," the submission said.

"We are deeply concerned about the poor uptake of the scheme at a time when many small and medium sized charities are struggling to adapt to a challenging funding environment."

As part of the joint submission, the sector bodies have made six recommendations to HMRC to improve GASDS uptake amongst small and medium charities, including: making all organisations registered for Gift Aid eligible for GASDS; make all non-Gift Aid donations under £20 eligible and remove the matching requirement, which they have called “a barrier and burden for charities”.

Andrew O’Brien, head of policy and engagement at CFG said: “The Gift Aid Small Donations Scheme is a great idea and has helped a number of organisations to maximise the value of their fundraising, but a radical overhaul is needed if it is going to reach its full potential.

"The design of the scheme currently is holding it back from reaching the smallest organisations which need the most support right now.

Daniel Fluskey, head of policy at IoF, said: “We want the Gift Aid Small Donations Scheme to work as successfully as it can. It’s fair to say that, while the scheme is well intentioned and needed, it hasn’t had the uptake that was hoped for.

“We believe that the recommendations that we’re proposing will make the scheme easier for charities to use and more simple for them to make claims – resulting in many more charities, particularly smaller organisations, being able to receive much-needed extra funds.”

Richard Bray, vice chair of the Charity Tax Group, said: "This review offers the Government the opportunity to introduce measures that will increase the number of charities making use of the Scheme. But this will require greater flexibility in the application of the eligibility criteria and less complexity in the administration of the Scheme”.