Macmillan Cancer Support has appointed a communications professional as its new director of fundraising. 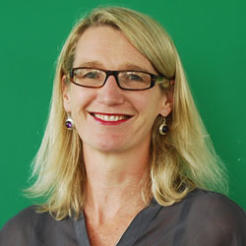 Macmillan Cancer Support has appointed a communications professional as its new director of fundraising.

Lynda Thomas (pictured), formerly the joint director of external affairs at the charity, has taken on the role left by Amanda Bringans last year. Thomas has been acting director of fundraising since last August.

While her career has spanned charities and the private sector, Thomas has primarily worked in media communications, joining Macmillan in 2001 as head of media.

With a predicted increase in the number of cancer sufferers in the next two decades, Thomas said the charity needs to grow.

“We must increase our fundraising income significantly by building the best and most admired fundraising team in the charity sector, developing our broad portfolio of fundraising products, and creating innovative best-in-sector donor care for Macmillan’s incredible supporters,” she said.

Macmillan has seen significant growth in recent years. Charity Commission records show that the organisation increased its income from £102.1m in 2006 to £133.6 in 2010, an increase of nearly a third.