The new Fundraising Regulator and Fundraising Preference Service “must be up and running by the end of 2016” and a chief executive should be appointed by Christmas, Lord Michael Grade told the fundraising summit today. 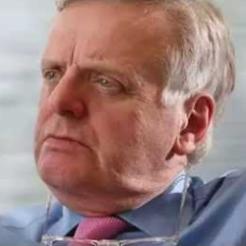 The new Fundraising Regulator and Fundraising Preference Service “must be up and running by the end of 2016” and a chief executive should be appointed by Christmas, Lord Michael Grade told the fundraising summit today.

Lord Grade, the new chair of the independent fundraising regulator (pictured), also announced George Kidd, chair of the Direct Marketing Association, as the leader of the working group which will establish how to implement the Fundraising Preference Service.

Grade, who was speaking at the NCVO fundraising review summit in London this morning, said that while the new fundraising body doesn’t want to rush and make mistakes, a sense of urgency is required as the new regulator and the FPS must be in place by the end of 2016.

“There’s a time for discussion and we could have gone on discussing this for ever, but it’s now time for us to start making decisions,” he said. “We have to deliver these changes, we have to have the new regulator up and running and operational by the end of next year.”

Grade also announced that he expected to have a chief executive in place for the new regulator by Christmas and said that due to the “high levels of interest in the job” he had decided against running a public process to find the person.

Lord Grade also said that he looks forward to working “intensely” with charities and member bodies from across the sector in the coming months, but said that the new regulator won’t engage with those wishing to “row back” on the Etherington review.

“We look forward to working with everyone over the next few months and we expect many ideas will be batted around," he said. "However there will be no sympathy from the new regulator for those who wish to row back on the Etherington review. That won’t wash. That ship has sailed.”

Kidd: FPS will be made to work

On the FPS, Kidd said he envisaged it working in three ways: as a “safe haven for people who need it”, a “tool for people to manage the way they speak to charities”, and “a refuge for people who feel that fundraising has become intolerable”.

Kidd acknowledged the sector’s concerns that the FPS might wipe out “existing relationships”. He also said that while he is “instinctively an opt-out person” the sector has to prove that “if opt-in is wrong, we must prove that opt-out is right”.

Kidd said that there are a number of issues facing the working groups on implementing the FPS, including: how it is packaged, whether or not people can individually override it, how large and small charities will engage with it and how friends and family will be able to access it on behalf of vulnerable people.

He also said that the make-up of the working group into the FPS is currently being worked out.

When questioned by Joe Jenkins, director of engagement at Friends of the Earth, over whether or not he would implement the FPS even if the working group found that it wasn’t practicable, Kidd said: “The FPS won’t be unworkable. It will work.”