The Lloyds Bank Foundation for England and Wales has announced a £3m fund to strengthen the domestic abuse sector over a three-year period, but urged government to sort out commissioning structures. 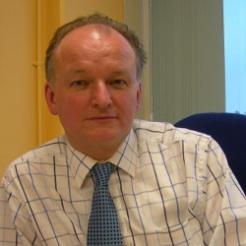 The Lloyds Bank Foundation for England and Wales has announced a £3m fund to strengthen the domestic abuse sector over a three-year period, but urged government to sort out commissioning structures.

It has identified the domestic abuse sector as one where there is “urgent need to make a strategic investment” and wants to bring about reform of the commissioning process for small domestic abuse charities, which has been criticised in following the collapse of Eaves.

In a recent report, Expert yet undervalued and on the front line, the foundation highlighted that poor public service commissioning and reduced funding available meant that there the survival of specialist charities is “seriously threatened”.

The foundation called on the government to do more to support the sector by reforming its commissioning processes and ensuring that there is enough statutory funding available for domestic violence services.

An initial investment of £800,000 has been given to Women’s Aid and Imkaan to expand their partnership supporting small charities to prepare for new commissioning arrangements.

Paul Streets (pictured), chief executive of Lloyds Bank Foundation, said: “As an independent funder our support can only go so far. With two women a week being killed by their partners and thousands more suffering domestic abuse, we need the government to take up the mantle in ensuring that those experiencing domestic abuse can access the support they need from the organisations best equipped to help them.

“The Prime Minister’s manifesto commitment to reforming domestic abuse commissioning was an important one, but now we need concrete action in the Spending Review later this month to guarantee the future of specialist services. Because without it they may not survive, which could have a catastrophic impact on those who need their help now and in the future.”

Polly Neate, chief executive of the umbrella body Women’s Aid, who earlier this week wrote a blog for this website warning that the closure of Eaves was just the latest victim of a crisis in contracting, said: “It is vital that our smaller dedicated and specialist domestic abuse services are protected. This will ensure they can maintain their survivor-led practice - practice that has been saving the lives of women and children for more than four decades.”

“Through this partnership, Imkaan will be able to reach out and offer targeted support to some of its most vulnerable members - dedicated BME specialist violence against women and girls services - many of whom are facing an acute crisis by having to navigate the constant threat of cuts and closure in the current funding and commissioning climate.”

The foundation will be identifying potential future partners for the funding and approaching them directly. Domestic abuse charities can continue to apply for grants through its core programme.