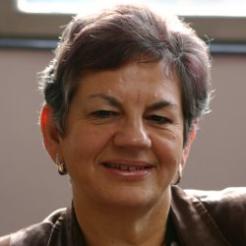 Ballard, a former Liberal Democrat MP, has previously been chief executive of Womankind Worldwide, Action on Hearing Loss and the RSPCA. She left Womankind Worldwide in 2013 after 10 months in charge saying that she had “come to realise that it is important for my personal job satisfaction to have the opportunity for regular direct contact with beneficiaries”.

Since August 2013 she has been associate director at the BB Group (Beatbullying’s umbrella organisation) and has been working on the public service accelerator to build a community interest company that will support and advise people who want to have more control over their alcohol intake.

Eric Appleby, who had been the charities chief executive between 1990 and 2004, returned to the charity in 2011 when Don Shenker left as interim CEO and has been working on a part time basis.

Alcohol Concern’s chair, Richard Sumray, said: “She has a strong history of campaigning both in the chief executive roles she has held in the third sector and in parliament. Her track record speaks for itself and I know she is passionate about reducing the harm alcohol can cause to individuals, their families and communities.”

Ballard takes up her new role on 7 July and said: “I am excited by this opportunity to help tackle a serious social issue. There is an uneven battle between the global drinks industry, which deploys massive resources to promote its products and influence behaviour, and those, including Alcohol Concern, who are campaigning for a change in drinking culture.”