The Fundraising Regulator was “unfair” when investigating a complaint against Against Breast Cancer (ABC), an independent review has found.

The review "partially upheld" the charity’s complaint against the regulator. As a consequence, the regulator revised the original investigation and partly changed its final decision.

Both the review’s findings and an update to the original investigation were published on the regulator’s website yesterday.

Charity felt that there was a 'presumption of guilt'

The original investigation concerned a complaint against the charity made by a member of the public.

They claimed that ABC’s agency Recycling Clothes Company had dropped a collection bag at their address, despite them having already contacted the agency and asked to be taken off the distribution list.

In January 2019, the regulator upheld the complaint against both the agency and the charity.

The charity then requested an external review of the investigation. It disputed the delivery of the bag to the address in question and, according to the external review, felt that the regulator’s “evidence gathering in this and other cases has been one-sided and insufficient” and that there had been a “presumption of guilt”.

This was the first time the Fundraising Regulator has accepted a request for an external review. The external reviewer, Jon Wigmore, who runs a company called ch&i associates and has acted as an independent complaints reviewer for the Charity Commission and others, gathered evidence from both the regulator and the charity.

He concluded that, while ABC had failed to provide sufficient evidence of its operations in the area and of its complaint handling process, the regulator’s decision-making had been “unfair”. This is because it gave too much weight to the member of the public’s evidence against the charity and the agency, which was “rather vague”.

Wigmore recommended that a staff member of the regulator, not originally involved in the investigation, should revise it. He also suggested that the regulator review its handling of contested evidence in investigations.

Wigmore wrote: "An adverse regulatory finding is significant for a charity and should be founded on firm, and if necessary tested, evidence."

When the Fundraising Regulator investigated the matter for a second time, it ruled against the charity but not the agency.

It found that, while it was impossible to reach a definite conclusion on whether the bag drop had happened as the member of the public said, the charity had still breached the regulator’s code of practice because it did not properly investigate the complaint or monitor its agency.

‘We have accepted the recommendations’

In a statement, the Fundraising Regulator said: “We welcome the opportunity to have had our casework reviewed as it ensures fair outcomes for members of the public and fundraising organisations.

“The independent review includes useful learnings and we have accepted the recommendations outlined. Our revised findings of the case have now been published on our website.”

Catherine Orr, head of casework at the Fundraising Regulator, wrote in a blog post: “Whilst no one likes criticism, I appreciate the opportunity to have our casework reviewed and believe that this process is important as we continue to develop and improve our services.” 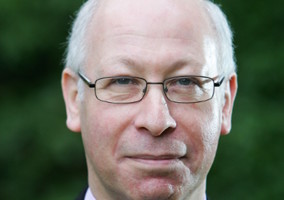