Government wants to remove the term “social enterprise” from the Public Services (Social Enterprise and Social Value) Bill, which has its third reading in the House of Commons tomorrow. 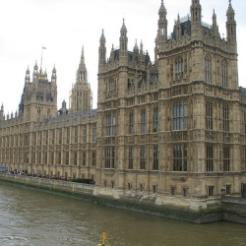 Government wants to remove the term 'social enterprise' from the Public Services (Social Enterprise and Social Value) Bill, which has its third reading in the House of Commons tomorrow.

The amendment, which has been tabled by minister for civil society Nick Hurd on behalf of the government, says the term 'social enterprise' should be left out of the title of the Bill, which would leave it as the Public Services (Social Value) Bill.

Hurd has also tabled amendments so that the bill focuses exclusively on pre-procurement and services.

A Cabinet Office spokesperson said: “This is an important piece of legislation – cementing the key role social impact should play in the commissioning process. The amendments would focus the bill exclusively on pre-procurement and services, meaning that we better pinpoint the types of contracts which have the greatest direct impact on individuals and communities.”

Simon Teasdale, from the Third Sector Research Centre hosted by Birmingham University, who has written a paper on the Bill said the move by government was ‘ironic’ and moved the Bill away from a commitment to the charity and social enterprise sector:

“At the Third Sector Research Centre we have been following the  progress of this Bill with keen interest as it offers a particular insight into the tensions faced by the coalition government as they  seek to build the Big Society while simultaneously reducing public spending,” he said.

“One original aim of the Public Services Bill, as expressed  by its sponsor Chris White MP, was to provide social enterprises the ability to 'compete on a level playing field' in the delivery of public services. It seems somewhat ironic then that an amendment to the Bill tabled by Nick Hurd seeks to remove the term 'social enterprise' from the Bill's title.

“Taken at face value this is a natural consequence of the two clauses pertaining to the establishment of social enterprise strategies also being removed. However, as a whole the proposed amendments move the Bill away from signposting a particular commitment to the role of voluntary and community organisations and social enterprises in the delivery of public services as favoured by proponents of the Big Society, and toward a more laissez-faire approach favoured by market liberals within the coalition government."

White told civilsociety.co.uk that the title did not matter:

"This Bill is clearly focused on helping community groups, voluntary organisations and social enterprises and through better access to public sector contacts," he said. "These amendments will see some changes to the Bill, the main principles and thrust of the Bill will be kept intact. Everyone agrees that we need to support civil society and I believe that this Bill will be a real shot in the arm for the sector, no matter what the title is."

Government has consistently said it will support the Bill, but has attached caveats. In November last year, Hurd said the government supported the Bill’s principles on delivering social outcomes, but said it would want to drop sections seeking to introduce a national social enterprise strategy and a requirement on councils to develop their own local social enterprise strategies.

Reacting to the news, Social Enterprise UK said in a statement:

"Having said that, the most important thing about this legislation is that it embeds the role of social value in the procurement process. If passed councils in England and Wales will be required to commission services that add economic, social or environmental value, rather than simply providing lowest cost. This means that, even with the proposed amendments, the bill will put social enterprises in a stronger position to compete for public sector contracts. And it’s not just social enterprises that would profit from that - our communities would also benefit from spending decisions that delivered more for their money.

"A lot of work has gone in to getting the Public Services Bill this far. The level of cross party support for it is testament to the foresight and commitment of Chris White who recognised a need to bring radical change to the way in which we commission public services in order to improve quality even as we cut public spending.  The removal of the words social enterprise from the bill’s title does not remove the potential for it to bring that radical change we need. Social Enterprise UK will continue to support the progress of this legislation and would urge others in the sector to do the same."