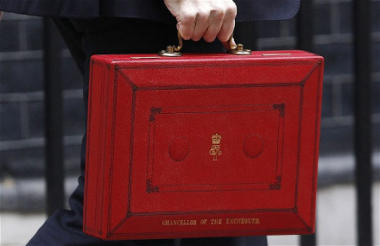 The government has committed a total of £57m to military, women's and health charities from Libor fines and tampon tax.

Chancellor George Osborne announced today that banking fines worth £45m will support charities around the UK over the next four years.

They include mostly military and health charities, including £4.5m for Air Ambulance Northern Ireland "to help establish an emergency helicopter medical service in Northern Ireland", and £5m for the National Mesothelioma Centre "to establish a research centre."

As part of today's Budget, £12m generated from the tampon tax will be put towards a range of women's charities.

They include Breast Cancer Care which will receive £1m to scale up support services for women recovering from breast cancer.

Responding to the Budget announcement today, the charity’s chief executive Samia al Qadhi said the funding would “transform the lives of thousands of people with breast cancer.”

“This generous investment will help fund our Moving Forward courses, so we can be there for more people with breast cancer when they urgently need somewhere to turn for support - helping them move forward with confidence,” she told Civil Society News.

Girlguiding will also benefit with a £1m fund “to develop, implement and evaluate a renewed Youth Programme and revitalise their national framework.”

Osborne said a government partnership with Comic Relief and the Rosa Fund for Women will "disburse tampon tax to a range of grassroots women's organisations, in recognition of the high number of applications recieved from such organisations across the country."

"We have over 20 years of experience of working with organisations who are expert in these issues, funding successful projects that protect, inspire and empower women and girls.

“We are delighted that HM Treasury has chosen to partner with Comic Relief’s UK grantmaking in this area. The £3m funding that the Treasury is providing - with an additional £1m of Comic Relief funds - will enable us to continue and increase vital work with partners across the sector and to apply our expert knowledge of grant making in this area to transform the lives of women and girls, helping them to reach their potential.”

Recipients of both funds include the following:

The government has also committed the following grant-making partnerships to disburse tampon tax funding to a range of grassroots women’s organisations.