The government must understand that it cannot solve the cost-of-living crisis without the help of the voluntary sector, the chief executive of New Philanthropy Capital (NPC) has said.

Corry explained this is because charities and voluntary organisations have information on what is happening on the ground, and can access groups of people that the government cannot – for example, people who do not trust the state.

That’s going to be necessary if the country is going to come through the cost-of-living crisis, Corry said.

“I think the problem is that it’s not clear that government or Whitehall really understands this. If you look at politically conservative MPs, they tend to be rather wary of the sector.”

This is mostly because civil servants do not have a thorough understanding of the workings of the sector, which needs to change, he said.

‘Charities should be making their ideas clear to government’

Corry continued: “Politicians will be desperate to be seen to do things for the cost-of-living crisis and to actually do things that people will feel the benefit of. Politicians will know that jam tomorrow, and I’m afraid I characterise that as the levelling up agenda, worthy though it is – is not cutting it. And it probably won’t for the next year, at least while the cost-of-living and inflation are the main talking points.”

Chancellor Rishi Sunak unveiled a £15bn package to help families during the cost-of-living crisis last month. Despite this “splurge”, it hasn’t shifted views on the government much, Corry claimed.

“People are still not really convinced that the government’s on their side. So, they will be in the market for ideas, and ways to ease the pain, so charities should be making their ideas clear.”

Evidence is especially important in broaching ideas to government, Corry said, and claimed a lack of could result in a charity's voice going unheard.

Sumi Rabindrakumar, who has been head of policy, research and campaigns at the Trussell Trust for almost four years, also spoke at the event.

Rabindrakumar said a key point of the charity’s 2020-2025 strategy was determining how to remove itself from the picture, as the charity’s vision is for a future where no one needs a food bank.

However, it does not seem this goal will be achievable anytime soon, as the charity has seen an 81% increase in its emergency food parcels since last year.

These emergency food parcels are a “sticking plaster for those key drivers of need” and “there’s often a limit to what organisations like food banks can do,” Rabindrakumar said.

The cost-of-living crisis has been “a long time in the making”, she said, as the charity has seen demand for its services increasing steadily over the years.

'Picking up the pieces'

In recent years, the role of food banks has been to pick up the pieces of government action or inaction, Rabindrakumar said.

“If we look at the role that food banks are playing and particularly have been playing in the last year or two, is that there is a lot of picking up the pieces of government action and inaction.”

However, Rabindrakumar said the government has a great potential for change in helping people during the cost-of-living crisis. This was displayed through temporary changes that were made to support people on the lowest incomes during the pandemic, such as the temporary increase in universal credit.

However, examples like these “have been temporary and one-off, but they are equally a starting point for long term change and that’s the thing that The Trussell Trust really wants to focus on.” 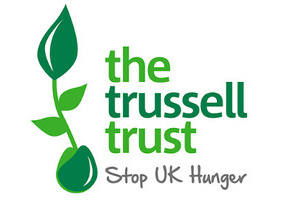