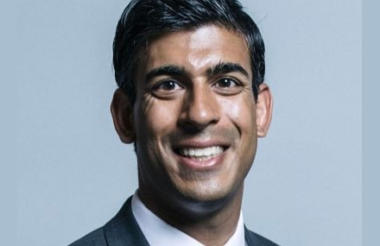 Charities have said that the new windfall tax designed to help families deal with the cost-of-living crisis is a “sticking plaster” solution.

Addressing parliament yesterday, Rishi Sunak, the chancellor of the exchequer, unveiled a new package of measures worth over £15bn, with the majority set to support the most vulnerable households.

Sunak made a U-turn on imposing a windfall tax after he announced a temporary levy on oil and gas companies at a rate of 25%. The tax will aim to raise around £5bn in its first year and will be phased out once prices go back to normal levels. The money will go towards “easing the burden on families”, he said.

He also announced that households on the lowest incomes will receive a one-off payment of £650 in two instalments later this year.

Other measures include an extra £300 for pensioners who receive winter fuel payments, a £150 payment for people in receipt of disability benefits and a doubling of the upcoming £200 energy bills discount.

Charities welcomed the long-awaited measures but were disappointed that they did not go further, with some saying that they failed to address the root causes of the problems.

Greenpeace and Friends of the Earth: Windfall tax is a ‘sticking-plaster’ solution

Ami McCarthy, political campaigner for Greenpeace UK, argued that the government should drive money into “clean energy solutions” instead of encouraging oil and gas company investment.

She said: “This windfall tax will serve only as a sticking plaster. While providing support to millions struggling with sky-high energy bills is 100% the right thing to do, by only skimming the top 25% off oil and gas company profits Sunak has missed a huge opportunity to tackle the root cause of the cost-of-living crisis and the climate crisis together.

“Taxing the full profits at 70% would have more than doubled the cash available. This could have been used to provide short-term relief to households, as well as upgrades to homes to ensure they use and waste less energy, and keep bills low for years to come.”

Sana Yusuf, climate campaigner at Friends of the Earth, said the measures fail to tackle one of the root causes of soaring heating costs – the UK’s poorly insulated homes.

“While emergency support will bring some relief to those already struggling to pay their energy bills, the package misses the opportunity to invest in a free, street-by-street insulation programme, targeting those most in need first, which would reduce bills this winter and in the future.”

Ashden: Government needs to be ‘bolder’

Cara Jenkinson, cities manager at Ashden, said: “Introducing a windfall tax at this time is an ethical and financial ‘must’ and we welcome the government announcement. With the urgent need to reduce the cost-of-living crisis, this windfall tax is a no-brainer.

“But for real impact the government needs to be much bolder – the UK should be ploughing money into investments that will rapidly reduce prices for struggling families and reduce emissions for a struggling planet. Embarking on a massive nation-wide retrofit campaign that is designed to help the poorest of this country, is the second ‘must’.”

Graham Duxbury, chief executive of Groundwork UK, said: “The government has finally listened to calls to do more to help households with energy bills this winter. With over half of people saying the cost-of-living crisis is already affecting their health, the need to act has become impossible to ignore.

“The measures announced are welcome but more support will be needed and we need a long-term plan.”

Robert Palmer, executive director at Tax Justice UK, said: “The chancellor has finally responded to campaigners’ demands for a tax on the bumper profits of oil and gas producers.

“But Sunak’s levy of £5bn still leaves shareholders pocketing billions in freak profits at the expense of struggling bill-payers.

“This one-off minimal tax falls far short. We need sustained reforms to make the tax system fairer, more support for people with ballooning bills and help with the transition to net-zero.”

Simon Francis, co-ordinator of the End Fuel Poverty Coalition, said: “The government has agreed in principle that a windfall tax is vital and the chancellor has clearly listened to concerns that support for those in fuel poverty needs to be both widespread, but also focussed on the most vulnerable groups.

“By October, energy bills will have increased by over £1,500 in a year, so while the measures will take the sting out the tail of recent increases, the underlying problem of millions of households in fuel poverty remains.

“People in fuel poverty will need further reassurance that support will be there in the medium-term and we need full investment in a great homes upgrade to improve the energy efficiency of homes as a national priority.”

Luke Murphy, associate director for energy and climate at IPPR, said: “This government’s decision to levy a windfall tax on oil and gas firms is a welcome U-turn in the direction of common sense. However, giving these firms even bigger tax breaks to extract more oil and gas will lock in greater dependence on fossil fuels – this is bad for future energy bills, our energy security, and our environment.

“Now it’s sought to address the immediate challenges, this government must focus on the root causes of our energy problems and bring forward a serious plan to reduce our reliance on fossil fuels which its so-called energy security strategy failed to deliver.

“That means backing the cheapest and quickest form of clean energy in onshore wind and investing in a mass homes upgrade programme to make people's homes warmer, cut energy bills, and reduce our dependence on gas.”

Some charities welcomed the measures

Save the Children: ‘Generous package’

Dan Paskins, director of UK impact at Save the Children, welcomed the chancellor’s announcement, saying that the measures will provide “much needed breathing space to many families struggling with the cost of living”.

He said: “It's a generous package, and the chancellor has clearly listened to the unacceptable conditions people have been facing.

“We know parents have been skipping meals so there’s enough food for their children. That hot meals are scarce. That they’ve been turning out the lights to save electricity and watching the meter every day.

“There is now some relief. The £650 one off payment will ease some of the burden for people on lower incomes. This, combined with other more universal measures will mean low-income families most in need of support have an extra £100 a month.”

Sam Nadel, head of government relations at Oxfam, said: “About time! It’s right that fossil fuel companies making excess profits are being asked to contribute more at a time when so many families in the UK have run out of options and can’t afford to pay the bills, with little left to cut back on.

“The government is right to prioritise those on the lowest incomes and support them through the social security system - these payments will be especially important for sick and disabled people who often require more energy. Ensuring that this support reaches those who are most in need quickly and efficiently must now be the priority.”

Caroline Abrahams, charity director at Age UK, said: “Age UK is pleased and relieved that the government has recognised the extreme risks soaring inflation pose to the health and welfare of pensioners, particularly those on low incomes, and has announced a package of measures with the aim of mitigating them. With prices continuing to go up for everything they buy, life is certainly not going to be easy for many older people over the next few months, but the extra support the chancellor is bringing forward will make a difference and will protect most from the worst of the unprecedented surge in the cost of living they face.”