Garden Bridge Trust 'unable to say it is a going concern' 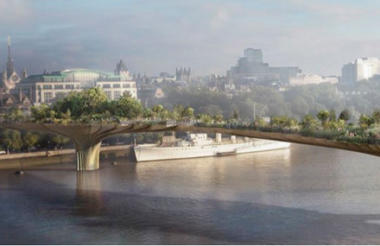 Trustees for the Garden Bridge Trust have warned that the charity cannot be considered a going concern and that costs could spiral over the £185m budget, but have said that they are optimistic of overcoming the hurdles.

The annual report and accounts for 17 months to March 2016, published this week with Companies House, highlight the challenges the trust is facing to secure enough funding and the rights to the land on either side of the Thames, in order to fulfil its objective of building a new bridge across the river.

"Due to the material uncertainties in existence ahead of finalising these accounts, trustees are unable to conclude that the trust is a going concern," the report said.

The auditors included an "emphasis of matter" section in their report to draw particular attention to the question over whether the charity was a going concern. However the accounts were not qualified.

It says that the charity has pledges of £129m towards the cost of the project. This includes £60m from the Department for Transport, a £20m loan from Transport for London and £69m in private pledges or donations.

The latest estimate for the cost of the project is £185m, but the annual report warns that “due to hurdles still to be cleared and the ensuing delays the final cost could substantially exceed the formal estimate”.

Trustees say they have adapted their fundraising strategy in light of this.

In the last year the charity has been criticised by MPs and the media over funding shortfalls and delays to the project.

The Charity Commission has opened a compliance case following complaints about its expenditure.

Lord Mervyn Davies, chair of the trust, said the project has “made significant progress” and blamed third parties for the delays.

“We have consistently flagged the areas of risk to the project about acquiring land, the signing of the mayoral guarantee, our funding position and the cost of the project. These matters are dependent on third parties and are outside trustees' control and have led to delays.”

He added: "We strongly believe we can progress all outstanding issues and we are determined to make the project happen.  We look forward to working with our supporters, including the Mayor and the government to make the Garden Bridge a reality. We expect to start construction in 2017."

During the 17-month period the charity’s income was almost £40m. It spent £26m on pre-construction costs. £1.6m on fundraising activity and £500,000 on governance costs. 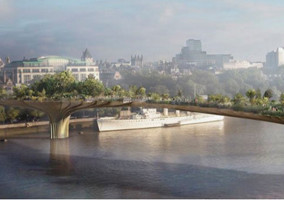