Fundraising Regulator launches consultation on the Code of Fundraising Practice

The Fundraising Regulator has proposed removing the current Code of Fundraising rule which requires fundraising agencies to be Telephone Preference Service certified, as part of a consultation announced today.

The Fundraising Regulator said it would be looking to change the rules around TPS accreditation as part of a wider, three-part consultation on the Code of Fundraising Practice. The first two parts of the consultation  look at complaints handling and TPS compliance, while the third looks to add a new section in the code with regards to online fundraising platforms.

At the moment fundraising agencies to either have TPS assured accreditation or be in the process of applying for it but the Fundraising Regulator has proposed removing this requirement.

The regulator said this proposal was made in response to “comments from smaller organisations that the current rule imposes resource demands upon them that they view as disproportionate to the size of the organisation and scale of the fundraising activity they carry out”.

The proposed change to Code 8.2.3 says: “TPS assured accreditation should be signposted in the introduction to this section” instead of being a mandatory requirement. This will enable organisations to be aware of this specific TPS compliance auditing service, but not mandate them to use it”.

Changes to Code around handling of public complaints

The regulator is also proposing a change to the current Code of Fundraising Practice rules around the handling of complaints.

In its consultation, the regulator says that “the tone used in the rules contained in 1.6 of the code [currently] is subjective and could be viewed as emotive. This is unhelpful in certain cases where the charity in question views that if found in breach of this rule it is a further judgement and comment about the general practices of the charity beyond the specific case”.

As a result, the regulator has proposed removing the wording in the current section “timely, respectful, open and honest” and instead being “more specific about what we mean by those terms”.

The proposed wording of the new code says that organisations dealing with complaints must ensure they “are investigated thoroughly and objectively to establish the facts of the case, avoiding undue delay and complaints are responded to fairly, proportionately and appropriately”.

The proposed code change also says organisations must “regularly review any lessons to be learnt from complaints”.

Both the consultation on changes to the code around TPS accreditation and complaint handling will close on 28 February.

The regulator has also proposed an entirely new section of the Code of Fundraising Practice dealing specifically with digital fundraising platforms.

Proposed changes to section 9 would include rules around digital giving platforms remuneration for hosting fundraising campaigns, platforms’ responsibilities when hosting appeals by individuals, and stipulates that guidance must be “clearly visible to individuals setting up a fundraising page”.

It also says that all fundraising platforms “which fall under the scope of the Payment Services Directive must comply with all legal requirements” relating to the updated directive which came into force earlier this month.

Suzanne McCarthy, chair of the Fundraising Regulator’s standards committee, said: “The proposed changes reflect the regulator's efforts in listening and responding to both the needs of fundraisers and those of the public when making donations via online fundraising platforms.

“The sector, the FCA and the Fundraising Regulator all appreciate the importance of maintaining standards in this area which is necessary for maintaining public confidence.” 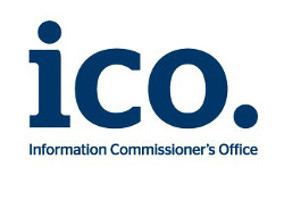