The Fundraising Regulator has today opened a sector-wide consultation on proposed changes to the Code of Fundraising Practice.

The fundraising watchdog today opened the consultation window – which will run until the end of April – with a number of proposed amendments to the existing Code.

In its consultation document, the regulator made a number of proposed changes to sections of the Code dealing with trustees, as well as around rules regarding whistleblowing; the so-called ‘three asks rule; solicitation statements and charities working with third parties.

This particular consultation will not include discussion around either the Fundraising Preference Service, or data protection and consent.

The consultation is being led by Suzanne McCarthy, chair of the regulator’s standards committee. She said: “The Code is crucial to ensuring that fundraising is carried out to the high standards expected by the public.

"Given its importance, it is essential that the Code develops to meet the new challenges and does so in a fair and consultative manner. This process will enable us to understand and, where appropriate, address the sector’s concerns”.

The launch of the consultation represents the first time the Fundraising Regulator haw sought to change or amend the Code of Fundraising Practice, since it took ownership of it from the Institute of Fundraising in July 2016.

Proposed changes to the Code in consultation document

As part of its consultation document, the regulator has made a number of proposed changes to certain areas of the existing Code and encouraged sector stakeholders to discuss them.

Among some of the more prevalent amendments is a proposal to add an additional rule to the existing Code in regards to solicitation statements.

The proposed amendment would “make clear that irrespective of the channel used, the solicitation statement must be given before the individuals makes a commitment to donate”.

The regulator also proposed a new Code rule requiring that fundraising organisations “must have a clear and published internal procedure for members of staff and volunteers to report any concerns they may have regarding their organisation’s fundraising practice” and said any such channel must protect that person “from victimisation and harassment”.

The consultation document also proposed a large number of changes to the Code in relation to fundraising charities working with third parties. The vast majority of proposed changes are effectively given as “a means of evidencing reasonable efforts to ensure effective ongoing compliance” from a charity’s third party fundraising supplier.

The regulator said that it wants to ensure “that there is full compliance with the Code” for third parties, but doesn’t want such monitoring to become “simply a ‘tick box exercise’”.

Separate consultations to be held on GDPR and FPS

Speaking to Civil Society News, Gerald Oppenheim and Stephen Service confirmed that there would be further, separate consultations launched with regards to both the Fundraising Preference Service and changes in data protection law.

“There will be a consultation around any GDPR guidance issued by the Information Commissioner’s Office,” said Service, policy manager at the Fundraising Regulator. “However, if that guidance says that something is a legal requirement under data protection law, there’s not much scope for consultation. If you have to do it, you have to do it”.

Oppenheim, interim head of policy at the regulator, said that “once the FPS is ready for launch, then we will need to issue user guidance about the FPS”, and that guidance will subsequently feed into a consultation regarding any future Code changes.

Oppenheim also said the regulator didn’t want its first consultation over the Code of Fundraising Practice to be a “root and branch” overhaul, but did not rule out extensive changes to the current Code in the future.

“We know that we want to keep the Code under review. We want to look over a longer period of time at how it’s structured. Never mind what other changes we might make to other parts of the Code,” said Oppenheim.

“We do want to get it looking better and being in as user friendly a condition as we can. This is why we ask questions, right at the end [of the consultation document] to see what fundraisers are thinking and to help frame are own thoughts about how we change and develop it over time”. 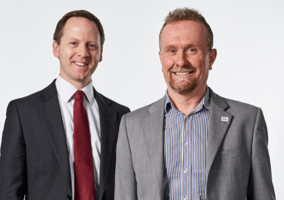