Charity warned by Commission back under scrutiny over bag collections 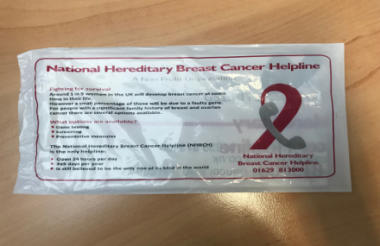 A charity bag issued by Skyecycle Ltd on behalf of the National Hereditary Breast Cancer Helpline in Hove.

Three local authorities have received complaints about the National Hereditary Breast Cancer Helpline, the first charity warned by the Commission, after a company was found collecting on the charity's behalf without a licence.

Both the Fundraising Regulator and the Charity Commision have been made aware of the actions of charity bag collection company Skyecycle Ltd, following reports from Brighton and Hove and Guildford councils that the company have been issuing and collecting charity bags in the respective areas without a license. Runnymede council has also reported unlicensed collections.

The charity was the first to be issued with an official warning by the Charity Commission last summer, after it got itself into "financial difficulty and failed to comply with the regulator’s action plan."

Wendy Watson, founder of the National Hereditary Breast Cancer Helpline, was contacted by Civil Society News for a comment but has so far refused to make a statement.

A spokeswoman from Skyecycle Ltd said the company had been working with the Helpline since 2014. According to the organisation’s website it donates a “minimum of £12,000” a year to the charity. The company’s most recent set of published micro-entity accounts for the year ending 31 March 2017 showed it had a turnover of over £80,000.

Mark Savage-Brookes, licensing officer with Brighton and Hove Council, said he could confirm that “Skyecycle Ltd do not hold a house-to-house collections license from this office for collection to take place today. I am in the process of contacting the company to get an update from them about their activity”.

The Guildford licensing unit also confirmed it was unable to find any license for the “aforementioned company” or its charity partner.

The Fundraising Regulator said that neither the National Hereditary Breast Cancer Helpline nor Skyecycle Ltd were on its register, but said “we are contacting both local authorities to make them aware of our role and to see if there is any support we can offer them”.

Collecting charitable goods house-to-house without a license is illegal under the House to House Collections Act 1939.

A Skyecycle Ltd spokeswoman told Civil Society News that it had been made aware of anonymous complaints made against it in both Brighton and Hove and Guildford.

She said that the company's driver in Brighton and Hove “may have been mistaken about his active postcodes” and blamed Guildford council for not responding to an application it made for a license there in November 2017.

In an email received on 22 January, Skyecycle Ltd said: “We were made aware of the problem yesterday by Brighton and Hove council who contacted us following an anonymous complaint. We spoke to the driver and concluded that the problem may have arisen from the fact that we have eight other active licenses in the South East area, and the team leader may have been mistaken about his active postcodes.

“We applied for a license within an hour of this being brought to our attention and were advised to discontinue collections until this happened.

"As for Guildford, we applied for a license on the 27th November 2017 for the dates 01/12/2017 to 28/02/2018 and after supplying additional documentation we had no response from the council. We therefore intended to collect up until the end of our target collection period because of tacit consent, which is valid in that council.”

The spokeswoman told Civil Society News that Skyecycle would be unable to provide the names of the “eight other active licenses in the South East area” as the “person who is responsible for our relationship with council is off sick this week”.

The news follows recent calls from the Textiles Recycling Association for a national register of approved charitable door-to-door clothing collectors. Speaking to Civil Society News, Alan Wheeler, director of the TRA, said such a register would curb a rise in bogus operators, and also reduce instances of theft. 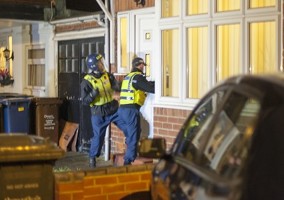 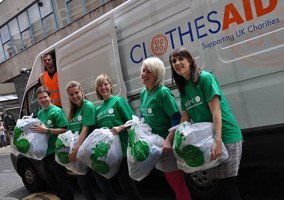