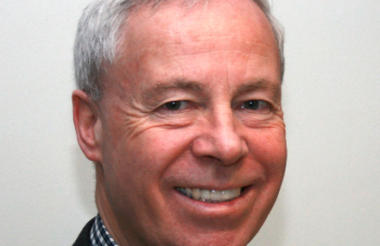 The chief executive of the Fundraising Regulator has had his contract extended until next summer, according to an announcement from the independent watchdog.

In a statement released today, the Fundraising Regulator confirmed that Stephen Dunmore, who was due to stand down at the end of the year, has had his contract extended until June 2018.

The regulator said that the process for recruiting Dunmore’s successor “will begin in the early months of the new year”.

In the same statement the watchdog said that controversial chair Lord Michael Grade will also continue his tenure until Christmas 2018 and the process of recruiting his replacement will begin at some point later in 2018.

Grade said he was “delighted that Stephen Dunmore will be continuing as chief executive into the new year”.

Dunmore's term as chief executive has now been extended three times. Chair Lord Grade has also had his term of office extended at least three times.

A spokesman for the Fundraising Regulator said the extensions had been a "thought-through process, discussed by the board" and said it was part of a "long term strategy to stagger terms of departure so we don't lose all institutional knowledge in one go".

The Fundraising Regulator has also confirmed that it has extended the terms of four of its board members.

The regulator said: “All these board members will be eligible to stand for another term once their terms are complete, as part of an open and competitive process.”

Grade said: “The Fundraising Regulator is committed to best governance practice and open competition for all board appointments and these changes will enable us to reach that goal without jeopardising some measure of continuity.”

The Fundraising Regulator has also for the first time announced the appointment of a board member for Northern Ireland. It has named Walter Rader in the post.

Rader is currently the independent chair of the Youth Council for Northern Ireland and an independent member of Volunteer Now, a voluntary sector regional organisation.

He also has a long history of working in the voluntary sector in Northern Ireland, having previously been the region’s director for the Big Lottery Fund between 2004 and 2010. He was also the chief executive and accounting officer of YouthNet and spent a number of years working as a social worker with the Belfast Education and Library Board between 1977 and 1983.

He is also a Charity Commissioner for Northern Ireland and chair of the Commission’s Human Resources and Remuneration Committee.

Grade said: “I am pleased to announce the appointment of Walter Rader as our board member for Northern Ireland. Walter’s immense experience and knowledge of the sector mean he is an excellent choice to represent Northern Ireland at the board table.” 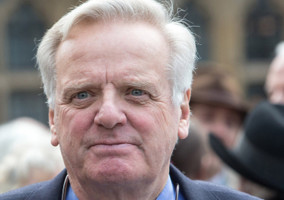 Lord Grade has term extended as chair of Fundraising Regulator