Fundraisers have said that sexual harassment is widespread in the sector and called for action from leaders and membership bodies.

In an article for Fundraising Magazine, published by Civil Society Media, Ruby Bayley-Pratt, fundraising policy and research manager at the British Red Cross, shone a spotlight on predatory and inappropriate behaviour towards female fundraisers by donors and those within the sector.

She wrote: "The more conversations I have with my fellow fundraisers, the more accounts of sexualised, inappropriate behaviour from donors I collect – from the supposedly innocuous compliments and terms of endearment, a hand placed a little low on the back or on the knee to explicit objectification, groping, and propositioning for sex."

She added: "It is common knowledge that several of the 'forefathers of fundraising' – men to whom we give guru status – can get 'a little bit handsy'.

"Our leaders need to wake up to the fact that zero-tolerance is not our reality and do more."

After the article was published, the fundraising community reacted online via Twitter to voice their support and call for more action to eradicate sexual harassment from the sector.

Head of corporate and regional fundraising at Naomi House and Jacksplace hospice Suzie Simmons tweeted: "Having experienced sexual harassment and an assault as a young fundraiser, this really resonates with me and I'm sure many others."

Freelance campaigns consultant Georgie Lamming wrote: "It wasn’t a surprise when the stories came out about the women who face this behaviour every day. I’m stuck with the knowledge that I myself have ignored this behaviour for the sake of my career and it’s horrifying."

Bayley-Pratt also shared a sample of some of the comments that had been sent to her.

In the last few days, as more & more people read my @CSFundraising article, I have been inundated with fundraisers’ stories. Here are just a few examples of the things we are putting up with on a regular basis: pic.twitter.com/720m0UGCHS

The online discussion called for senior members and industry bodies to do more to address the issue. Emily Casson, digital marketing manager at Cats Protection, tweeted: "Would love to see fundraising directors realise the scale of the problem and act to change the culture."

Many of the comments centred around the creation of a platform to share experiences and a clear channel for reporting instances of harassment or abuse.

Founder of Money Tree Fundraising Beth Upton posted: "I'm wondering about a safe way for reporting informal allegations about named individuals... with no fear of reprisals. Obviously, we have to be careful of innocent until proven guilty, but it would help to have a list of names, however informal."

Others sought reassurance from the Institute of Fundraising that it was committed to addressing the issue.

Head of income generation at City Hospice Rachal Minchinton directly called on the IoF to commit to action: "Presumably [the IoF] would seek to protect professional fundraisers, welcome complaints re ‘guru’ speakers and no longer give them a platform from which to speak? The IoF should take the lead on this in my opinion."

The Institute of Fundraising said people should report poor behaviour and said it was looking at what more it could do.

Peter Lewis, chief executive of the IoF, tweeted: "Our Code of Conduct sets out the behaviours we expect. Any poor behaviours should be challenged and we will investigate any complaints under our policies."

In a statement, Lewis added: "The IoF does not and will not tolerate poor behaviours in the fundraising profession. We are going to look at what we can do at a systemic level to tackle harassment in the workplace. I discussed the issues raised in the context of our Equality, Diversity and Inclusion strategy at the panel meeting  and we have also invited Ruby to meet to discuss it further."

Fundraising Magazine is planning more coverage of this issue. To discuss it contact Stephen Cotterill by email at [email protected] 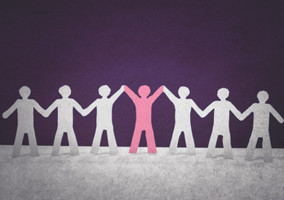 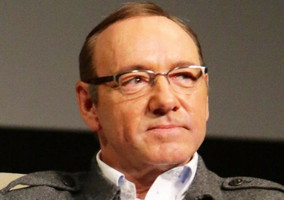