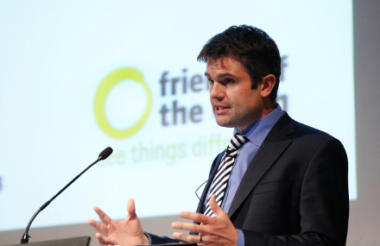 The Electoral Commission has today announced that it has fined Friends of the Earth and Greenpeace for breaking campaigning rules during the 2015 general election.

But both organisations have criticised the law itself, and said that today's ruling could discourage charities from participating in the upcoming general election.

Greenpeace has been fined £30,000 for failing to register with the Electoral Commission and Friends of the Earth was fined £1,000 after it was late registering. FoE has paid its fine.

The Electoral Commission, the body that oversees elections, concluded that Greenpeace Ltd incurred at least £99,000 of spending in England and £12,000 of spending in Wales on a 'Coastal Champions' boat tour and on an anti-fracking poster campaign which was undertaken jointly with Friends of the Earth Ltd.

Bob Posner, director of party finance and regulation and legal counsel for the Electoral Commission, said: “Non-party campaigners are vital to a healthy democracy and we encourage their active participation during campaign periods; however, where a significant amount of money is being spent on campaigning it is right that voters can see who is spending that money and what they are campaigning for. The Commission supports all campaigners by producing a range of materials to help ensure compliance with the law.”

Both organisations said that the law as it stands is “unworkable” and should be changed.

Craig Bennett, chief executive of FoE, told Civil Society News that “we hold our hands up” to the mistake and said it was “down to an administrative error we didn’t register in time”.

However he said that the legislation was “overly complex” and “unworkable” and expressed concern that recommendations to improve the law, which were made by Lord Hodgson, have not been implemented ahead of the snap general election, which was announced yesterday.

Greenpeace UK’s executive director, John Sauven, said that it had decided not to register as an “act of civil disobedience”.

"Sometimes legislation is just wrong and you have to stand up and say so. That’s why we decided to oppose this illiberal law in an act of civil disobedience. The Lobbying Act is a democratic car crash, it weakens democracy and curtails free speech."

Bennett said FoE would continue to campaign, and has put in place measures to stop it falling foul of the law again.

He said that the resource needed to make sure charities are compliant is too “bureaucratic”.

“We and other charities are going to have to put a lot of effort and spend a lot of money to makes sure we don’t fall foul of the law,” he said.

He added that it was too soon to estimate how much it could cost. But he said it will be “taking money away from the campaigning that supporters give us money to do”.

Bennett also said that ahead of the 2015 election his charity had been assured by politicians that it would not affect his organisation, which has turned out not to be the case, and warned that today’s ruling adds to concerns for charities.

He said the law as it stands makes it “much harder for charities to campaign on matters in the public interest” and that health and education charities may find it difficult to speak out.

“Many charities were too worried about the new legislation to campaign – having a chilling and silencing effect on civil society. Today’s ruling will only add to that concern,” he said.

The government commissioned a review of the Lobbying Act, which was carried out by Lord Hodgson.

He made several recommendations, including one specifically about snap elections, but none of them have been implemented.

The House of Lords report on charities was the latest to call for Hodgson’s recommendations to be implemented.

Bennett said: “Wide ranging changes need making to the Act, including greater clarity around joint campaigning, to enable charities to do their job. It’s vital that charities are able to use their voice to stand up for those that can’t, this legislation shouldn’t be stopping them.”

Sauven added: "If the last election is anything to go by it will have a chilling effect on groups trying to raise important issues. Whoever wins on June 8th should heed the advice of Lord Hodgson and amend it.”

There are currently ten organisations registered as third party campaigners with the Electoral Commission, but there are around 150 organisations that have lapsed, of which a significant minority are charities.

Among those currently registered are Hope not Hate and 38 Degrees. 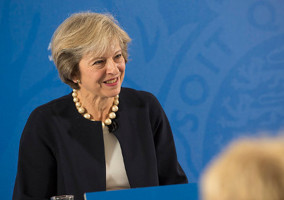 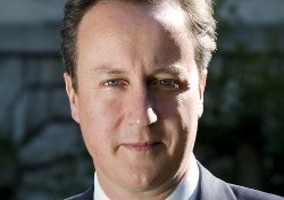