Prime Minister David Cameron has written to Sir Stephen Bubb, chief executive of Acevo, promising him that the controversial Lobbying Act will not affect the majority of charities and campaigning organisations. 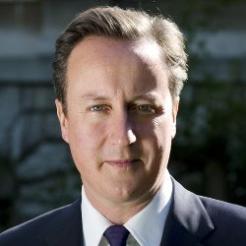 Prime Minister David Cameron has written to Sir Stephen Bubb, chief executive of Acevo, promising him that the controversial Lobbying Act will not affect the majority of charities and campaigning organisations.

Cameron was responding to a letter from Sir Stephen which had urged him to commit to repealing the Act and replacing it with a fairer regulatory regime.

In the letter to Sir Stephen, Cameron said he was “sorry to read of [Sir Stephen’s] concerns" and that his aim was only “to improve openness and transparency”.

Cameron promised to uphold his commitment to a full review of the Act after the 2015 election and urged Acevo and other voluntary organisations and campaign groups to make representations on the impact of the Act.

He promised that the new rules would "exempt most groups" also promised that the Act “will only apply to third-party organisations or charities who spend money to procure the electoral success of a particular political party or candidate”.

"I welcome the Prime Minister’s response. It is important that his views on a piece of legislation that has such huge implications for freedom of speech and democracy are heard loud and clear.

“Charities and campaigners will note his promise that the Lobbying Act won’t restrict the crucial role that we play in speaking out for the vulnerable and voiceless. Acevo will be watching closely.

“We will hold the Prime Minister to his other promise of a review in 2015. Acevo will continue to work tirelessly with charities and regulatory bodies to ensure that the voice of civil society is not silenced by government."

Elsewhere, the Electoral Commission has produced updated guidance on what lobbying activities will be regulated in the run-up to elections.

It advises that campaigning activity may be regulated even if an organisation’s intention is to achieve something else, such as raising awareness of an issue. It adds the activity may also be regarded as intended to influence voters even if a campaigning organisation does not name a political party or group of candidates as part of its
campaign.

The Electoral Commission’s new guidance also advises that if a campaigner sends election material to its members or committed supporters, that material will not generally be regulated. “Committed supporters will vary between organisations. However, it may include regular donors or those actively involved in the organisation. It does not include people on commercial mailing lists or those who have signed up to social networking sites.”

Its next campaigner update will be published in the week beginning 17 March.

Click here for an in-depth analysis of the Lobbying Act