Former Danish Prime Minister, Helle Thorning-Schmidt, has been announced as the new chief executive of Save the Children International. 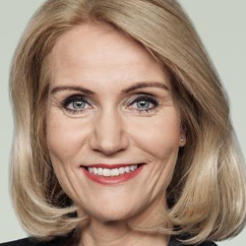 Former Danish Prime Minister, Helle Thorning-Schmidt, has been announced as the new chief executive of Save the Children International.

Thorning-Schmidt (pictured), who served as Prime Minister of Denmark from 2011 to 2015, will replace Jasmine Whitbread, who was the charity's first chief executive and announced her resignation last year, according to a statement released by the organisation today.

On her appointment, Thorning-Schmidt said: “I am deeply honoured to be given the opportunity to lead Save the Children International.

“In recent decades the world has made unprecedented progress in reducing child mortality, and the work of organisations like Save the Children has made a huge difference. But as we see every day, there is still much more to do to rescue children from suffering and danger and give them a future.”

Sir Alan Parker, Chairman of Save the Children International, said: “We are very pleased to appoint a new CEO with a proven track record of international leadership and a passion to improve the world for children. As an organisation, we are dedicated to helping those children who need it most wherever they are in the world.

“There is a real opportunity to deliver further significant progress in the coming decade, particularly in the areas of child mortality, education and child protection. At the same time, we are being called on to respond to an increasing number of humanitarian crises affecting children all over the world.”

Thorning-Schmidt will take up her new role on 4 April 2016 and will be based at Save the Children International’s London headquarters.

She stood down as Prime Minister and leader of the Danish Social Democrat Party after the general election last year, despite her party winning more votes and seats than before the 'left bloc' lost out to the 'right bloc'.

Tanya Steele has been appointed the interim director of Save the Children UK and will take over the role of departing chief executive Justin Forsyth.

Tanya Steele, was previously the charity’s executive director of marketing, fundraising and communications and will start in her new role on 1 February. She will replace Justin Forsyth, who announced his departure from Save the Children UK in October.

A spokeswoman for the charity confirmed that Steele has been appointed on an interim basis while the board seeks a permanent replacement in the chief executive role.

Steele has worked for the charity since 2004 and said that she is looking forward to the challenges her new role will entail.

“I’m very much looking forward to taking on the challenge of interim CEO for Save the Children UK. Justin is leaving the organisation with very strong foundations that I will now aim to build on so we can have even more impact for children.

"We have some incredibly exciting plans and initiatives already underway and an amazing team of staff and volunteers.”

Steele’s new role with Save the Children UK has necessitated her stepping down from her trustee position with the Institute of Fundraising. Steele's place on the IoF’s trustee board has been taken by Liz Tait.