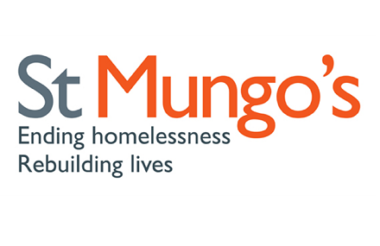 Delay by the executive team at St Mungo’s meant that one of the charity's outreach teams failed to cease sharing data with the Home Office without consent, an internal review by the charity has revealed.

The review, which was carried out by Dominic Williamson, executive director of strategy and policy at St Mungo’s, followed public criticism and complaints to regulators about how the homelessness charity worked with the Home Office immigration and enforcement teams when seeking to help EU citizens who were sleeping rough.

The actions of the one team was due to the lack of “a clear organisational policy and procedure”, and meant that the charity’s initial public responses to the criticism did not “accurately reflect our approach at all times due to the different ways that teams were operating,” the review found.

The review also notes that in 2018, in response to formal complaints over the issue, both the Charity Commission and the Information Commissioner’s Office found that St Mungo’s was acting lawfully even though it was sharing data without consent.

A 'complex and changing picture'

The review states there was a “complex and changing picture of how different St Mungo’s teams worked with Home Office Immigration Compliance and Enforcement over the period 2010 to 2017”.

Between 2010 and 2016, some St Mungo’s outreach teams worked alongside the Home Office in an effort to encourage EU citizens who were sleeping rough to take up “realistic options” off the streets. This practice did involve the sharing of information with the Home Office without individuals’ consent. However, the report stresses that this was lawful under data protection law and recognised as good practice by London Councils, the GLA and Homeless Link in the 2015 Pan London Protocol.

The report states that the Home Office teams “issued ‘minded to remove’ warning letters explaining to the individual that if they continued to sleep rough, not exercise their EU treaty rights nor engage with realistic options off the streets, they could be detained and removed back to their home country in the EU.”

“For the homelessness charities involved, including St Mungo’s, CGL, Broadway and Thames Reach, this approach was an extension of the ‘assertive outreach’ model that had become established good practice over the previous decade,” the review says. “This was considered to be a proactive tool as there was time to engage and support a change in behaviour before the threat of any enforcement action became a reality.”

However, the situation changed when, in May 2016, the government changed policy to treat rough sleeping as a breach of EU treaty rights. The review notes this policy was found unlawful by the judicial review in December 2017. Whilst it was in place though, “the window of opportunity to positively engage with clients became shorter and the rapid use of detention and removal became more likely.”

This led to “raised concerns among some St Mungo’s outreach workers”. The minutes of a meeting of St. Mungo’s street homeless and outreach managers on 29 July 2016 show the managers “agreed to update guidance on the organisational approach to assertive outreach.” The managers agreed that working with the Home Office would be a last resort and information would no longer be shared without consent.

The review notes that this was partly in response to the change in government policy and also as part of attempts to put in place consistent practices following the charity’s merger with Broadway in 2014.

Despite the change in St Mungo’s guidance, a new strategy on how the charity works with the Home Office was not signed off by the board until March 2017 and came into operation in May 2017. The strategy was in development, and the charity employed an expert consultant to work on it, between July 2016 and February 2017.

As a result, one of the 18 outreach teams continued to share information with the Home Office without individuals’ consent between July 2016 and February 2017. This team also failed to keep accurate records to justify the information sharing.

“The executive team accepts responsibility for it taking longer than it should have done to provide clear guidance and an updated procedure after July 2016,” the review says. “The consequence of this was that one outreach team operated differently to the expectations of senior managers up to February 2017.

“This also meant that our communication about the issue between July 2016 and March 2017 reflected the understanding or expectations of senior managers and did not take into account the ongoing practice in the team that had not adjusted its approach.”

Civil Society News understands no disciplinary action was taken against the outreach team in question as the executive team accepts responsibility for not putting in place interim policies whilst the new strategy was being developed.

The review says that St Mungo’s will “develop an approach for situations when we need to urgently update our operational procedures” as “normal policy review and development processes need to be abridged in these situations”. It will also work on the mechanisms to ensure all staff are aware of changes and how changes in practice are monitored.

The review included interviews, evidence gathering from email archives, minutes of meetings and other fact finding. Members of staff were invited to come forward and talk confidentially if they had evidence or concerns. 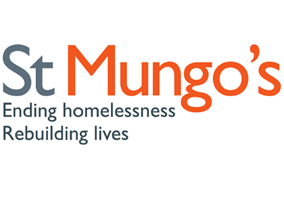 St Mungo’s may have shared beneficiary data without consent, but breached no ICO rules 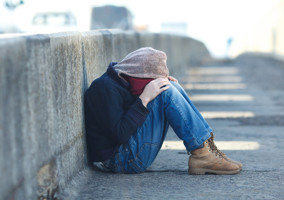 Charities accused of ‘collaborating’ with government on deportations