English Heritage charity will be self-financing by 2023

The new English Heritage charity is expected to launch at the beginning of 2015 and be self-financing within eight years. 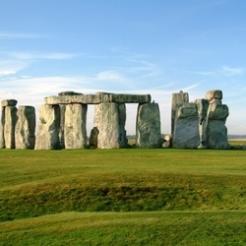 The new English Heritage charity is expected to launch at the beginning of 2015 and be self-financing within eight years.

At the end of 2013 the Department for Culture Media and Sport (DCMS) published a consultation document outlining its proposals and announced it would invest an additional £5m funding on top of the £80m already announced.

In the 2013 spending review the government announced that it planned to split English Heritage in two and create a new charity to manage the National Heritage Collection.

The charity will keep the name English Heritage and the heritage protection public body will be known as Historic England.

Maria Miller, Culture Secretary, said: “The new English Heritage charity will be able to raise third party funding more easily so that, within ten years, it will be self-financing and no longer depend upon support from the taxpayer.”

DCMS anticipates spending £28m on capital investment in new and renewed visitor exhibitions over the eight-year programme. It expects the charity to generate £83.4m from third parties by 2022/23 so that the total capital investment programme is more than £100m.

By 2026/27 the government predicts that the membership would grow by 86 per cent to 1.3m and that the number of visitors per year would increase by 31 per cent to 6.8m.

The consultation closes on 7 February 2014 and has so far been broadly welcomed by heritage organisations.

In a statement the National Trust said it was pleased that the extra £5m had been found and said: “Our priority is to see the new charity and heritage protection agency continue as strong partners.”

Loyd Grossman, chairman of the Heritage Alliance said: “A reassessment of the government’s role in securing our heritage for the nation is very timely. Through this consultation, we  must secure the best possible outcome for our historic environment.”

Richard Crompton, president of the Historic Houses Association, warned that: “It is imperative that English Heritage’s core functions of championing and safeguarding our nation’s heritage are protected. Our member historic houses depend on its expert advisory service and we would be extremely concerned if this were to be reduced or diluted in any way.”