The Daily Mail has called for the introduction of a single charity regulator and for new legislation to prevent charities "bullying and harassing the most generous and vulnerable". 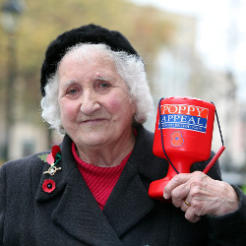 The Daily Mail has called for the introduction of a single charity regulator and for new legislation to prevent charities "bullying and harassing the most generous and vulnerable".

In today’s paper the Mail argues that the current regulatory framework is to blame for letting the situation “run out of control”.

Olive Cooke, a 92-year-old poppy seller, is believed to have committed suicide in May. She received more than 260 pieces of direct mail a month, leading some national newspapers to claim she was "hounded to death" by charities - a claim her family have denied.

Today the Mail’s leader asked: “What possible public interest can be served by sharing responsibility for policing fundraisers between three separate organisations?

“With so much scope for buck-passing and confusion, is it any wonder that this multi-million-pound industry has been allowed to run out of control?

“When they resort to bullying and harassing the most generous and vulnerable among us, they must surely be brought into line. Making them answerable to a single regulator, with a single clear set of rules, must surely be the best way to start.”

At the weekend the paper led calls for legislation that would prevent charities “hounding the elderly” and reported concerns from two backbench MPs.

John Spellar, Labour, who raised the issue in Parliament, said that ‘Olive’s Law’ should be included in the Charities Bill and Andrew Percy, Conservative, also said that there should be legal restrictions, according to the paper.

In Parliament last week Chris Grayling, leader of the House of Commons said: “This government will bring forward measures to address issues in the charitable sector.”

Meeting with the minister

Yesterday the minister for civil society, Rob Wilson, met with representatives from the Institute of Fundraising, FRSB and Public Fundraising Association.

Ahead of the meeting he said: "I will meet the key people who are responsible for regulating charity fundraising so that they can provide a detailed explanation of the steps they are taking in light of recent events. It is essential that charities have the full confidence of the public and I therefore expect thorough and swift action to be taken.”

Following the meeting the Daily Telegraph reported that the minister had called for a “hotline” to be set up. However this claim was later denied by Cabinet Office.

The FRSB will present its interim report to the IoF Standards Committee next Wednesday.

Alistair McLean, chief executive of the FRSB, said: “The report will focus on key concerns made to us by members of the public.” And that one of those is “this issue of opting in and out” of communications “and how they can make preferences known”.

The IoF said in a statement: “It is important that individuals are able to easily communicate their preferences about what contact they receive from a charity and that the charity respects that decision.

"In the coming weeks we will be reviewing our Code of Fundraising Practice to take on board any learnings from the FRSB’s investigation that is currently taking place.

"One of the things that review can consider is whether it is easy enough for an individual to say they don’t want to receive fundraising requests and whether any changes need to be made to the rules we have in place.”