Community share issues expected to increase by a third in 2015, report says

The number of community share issues is expected to rise by a third this year, according to a report published today by Locality and Co-operatives UK. 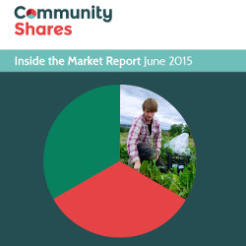 The number of community share issues is expected to rise by a third this year, according to a report published today by Locality and Co-operatives UK.

A community share issue involves relatively large numbers of individuals buying small shares in a co-operative or a community benefit society – effectively a co-operative with an asset lock to prevent the business being sold to a private company. They are often used to allow communities to buy local pubs and shops, but are also used to let supporters buy sports teams, and to set up food and farming co-operatives and renewable energy projects.

Shares in the CBS and co-operative legal forms are usually withdrawable, rather than transferable.

For several years the number of new community share issues has been increasing steadily, from seven in 2008 to 60 in 2013, but growth slowed in 2014, when there were 61, according to today’s report, Community Shares: Inside the Market Report June 2015.

The report has been produced by the Community Shares Unit, which is hosted by Co-operatives UK and supported by Locality, with funding from the Department for Communities and Local Government and the Department of Energy and Climate Change.

“We think the lack of growth in 2014 may have been caused by a number of factors,” the report says, “including uncertainty generated by regulatory change in the Co-operative and Community Benefit Societies Act 2014, proposed changes to tax benefits associated with community shares, the suspension of the activities of the Cooperative Enterprise Hub – an important provider of development support, and improvement in the wider economy which has slowed the pace of closure of rural shops and pubs.

“However, growth appears to have had returned to the market. By June 2015, there have already been 40 share offers launched – indicating that this year could see the number of shares offers rise by a third.”