Comic Relief and NET to grant £5.2m to BAME-led organisations 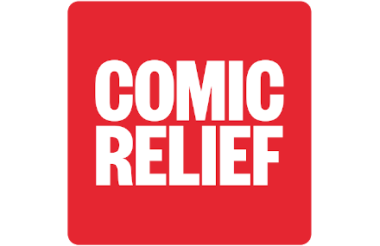 Comic Relief and the National Emergencies Trust (NET) have ring-fenced a total of £5.2m in funding for BAME-led charities and groups, distributed through two separate funds.

Some £3.4m of this amount has been awarded to 10 BAME-led groups, which will in turn be distributing the funds to micro projects and organisations to support their services during the crisis.

In addition, Comic Relief will target 20% of its newly-launched Change Makers programme to BAME-led groups, amounting to about £1.8m. The programme will be distributing £9m in total and aims to fund projects working on longer-term change, including organisations that focus on equality.

The partnership between NET and Comic Relief comes in response to the greater impact the Covid-19 crisis is having on minority groups and communities. A survey from social enterprise the Ubele Initiative, which was answered by 137 BAME-led micro and small organisations, found that 87% of respondents do not have sufficient reserves to last more than three months, and therefore risk closure.

Campaign group #CharitySoWhite has been asking that 20% of all emergency funding is ring-fenced for BAME-led organisations, and criticised NET and its main distributing partner UK Community Foundations for not doing enough to ensure that the money is fairly distributed.

NET has since shared data which indicates that about 17.4% of the £51m funds given away so far have gone to BAME communities.

Today it added that about 12% of this funding went directly to BAME-led groups. This figure is still partial, as it covers only 84% of grants distributed by UK Community Foundations.

Last month, NET was also criticised by #CharitySoWhite for advertising for a voluntary role as grant-assessor with lived experience in marginalised communities, arguing that expertise should have been paid. At the time, NET said the advert was published “in error”, and apologised.

Yesterday, it began advertising for a grant assessor with experience in “assessment from a diversity and inclusion perspective/lived experience”. The role is paid, with a salary of up £250 a day.

‘I hope we can make a real difference’

Jacqueline Onalo, trustee of Comic Relief, said: “The disproportionate effect of Covid-19 on Black and Asian communities has been truly devastating. Smaller projects that work within these communities have also been adversely effected, after many years of neglect, with many at risk of closure.

"Our ring-fenced funding aims to directly address these inequalities and empower BAME-led organisations, with specialist expertise, to reach and support grassroot local projects that are a lifeline to the people they help. Alongside the £1.8m Change Maker BAME grants, I hope we can make a real difference to hundreds of projects struggling to support people throughout the pandemic and its recovery.“

John Herriman, CEO of the National Emergencies Trust, said:  “Partnering with Comic Relief to support BAME-led charities means we can continue to get emergency funds to those that need them most, while building vital capacity where there’s been historic underinvestment.

"Since our Coronavirus Appeal launched in mid-March, around 17% of funds distributed have gone to projects primarily benefiting BAME communities and around 12% have gone to BAME-led groups. It’s an encouraging start, but we know these communities have been the hardest hit by this pandemic and that more needs to be done.”