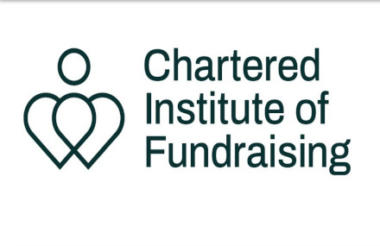 The number of individual members of the Chartered Institute of Fundraising fell by nearly 1,000 between March 2020 and the end of the year, its annual report shows.

At 31 March it had 5,800 individual members, but by the end of the year it had retained 4,586. The number of organisational members also fell from 675 to 518. But corporate members and members of Remember a Charity remain stable at 124 and 200 respectively.

“Our individual and organisational membership numbers have declined due to the impact of the pandemic,” the report explains.

The accounts have been published on its website and the body held its annual general meeting (AGM) virtually yesterday.

CIoF has changed its accounting year-end, so its accounts represent the nine months to 31 December 2020 and paint a picture of challenging finances.

The report says: “The low level of free reserves reflects the investment in a new CRM system and a new website which was launched in October 2020.

“The costs of the investment are included in the designated funds. The trustees plan to rebuild the free reserves to the required level over the next two years through setting a post-Covid strategy for income generation and careful monitoring of expenditure.”

Due to the pandemic CIoF completed a restructure that led to 11 redundancies, 14 role changes, three changes to working hours and three redeployments.

Its accounts show that CIoF spent £176,000 on redundancy and termination payments, compared with £0 in the last set of accounts.

At the AGM Dhyvia O’Connor, interim chief executive, said that CIoF is planning a series of events and roundtables to help inform its next strategy.

In her report to members, she said: “We are coming to the end of our previous strategy period which ran from 2017 to 2021. And, under the leadership of a new chair, and a new permanent chief executive, the Institute will embark on the development of a new strategy from 2022 onwards.”

She added that the organisation was continuing to recruit people to other key roles on the safeguarding task group and professional conduct committee, as well as a new head of safeguarding and complaints.

These new roles were announced as part of an action plan in March.

Members who took part in the AGM expressed frustration at the format and timings.

Some said the Zoom webinar was difficult to access, because the you needed to be logged into Zoom using the email address approved by CIoF.

Critics also felt that not enough time was given to the issue of the CIoF’s handling of sexual harassment complaints.

One question posted in the Q&A by David Burgess, asked: “We’ve heard apologies for previous mistakes and actions for how things are going to be better in future, but nothing about how CIoF intends to rectify the damage caused. Please can you set out how CIoF plans to right the wrongs of the past.”

During the AGM Claire Rowney, chair of the CIoF until yesterday, apologised for mistakes and said that the CIoF knew it had to learn lessons about communication.

Rowney also said that there had been a delay to completing an investigation due to new evidence being included.

Claire Warner, who resigned from CIoF’s standards board in March over its handling of harassment complaints, branded the meeting a “masterclass in question avoidance” and invited people to get in touch with her.

Anyone feeling despondent and let down after today's disappointing @CIOFtweets AGM (which was a masterclass in question avoidance) and wanting to join in one, co-ordinated conversation with other like-minded people who want answers, please get in touch

During the meeting CIoF had said it would answer all questions in an email to members, but has now offered a follow-up Zoom call.

We're sorry for not getting to all the questions this afternoon. We will be arranging a lunchtime member Zoom Q&A with trustees next week (date/timings to be confirmed ASAP). This will enable more discussion and more time to answer questions than the format of the AGM today. https://t.co/4q1zA67Ptm

Five trustees stepped down at the AGM. They were Claire Rowney, who had been chair, Carol Akiwumi, Sarah Bissell, Emma-Louise Singh and Ian Wilson.

Following the AGM, trustees met to appoint officers and Nadine Campbell was appointed interim chair by her fellow trustees.

An open recruitment process will take place for a new permanent chair.

Kelvin Hopkins was appointed vice chair and Rohan Hewavisenti was reappointed treasurer by his fellow trustees.

Campbell joined the board last July and has worked in the charity sector for 13 years. She recently started her own consultancy specialising in supporting small charities. Prior to that she was head of income generation and marketing at Age NI.

In a statement Campbell said: “As interim chair I want to firstly acknowledge that we have made mistakes. For that, I am sorry. I stand with survivors and I believe you.

“My three priorities will be to implement the changes set out in our action plan, support both our interim CEO and then our new CEO and oversee an open and transparent recruitment process for our next chair of trustees. With change, comes huge opportunities. This is a chance for us to shape our Institute into a place where we listen to our members, volunteers and our staff, ensuring they feel genuinely respected and valued.”