Charities are struggling with the need to compete with the private sector to deliver public services, leading to low pay and stress for staff, according to a damning trade union survey. 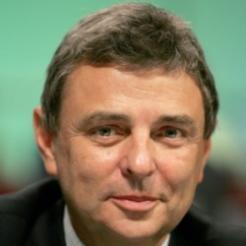 Charities are struggling with the need to compete with the private sector to deliver public services, leading to low pay and stress for staff, according to a damning trade union survey.

With problems being exacerbated by the recession, the report from Unison says that staff believe the charity sector is seen as “a cut-price answer to larger economic problems”.

It says that deskilling has led to a rise in unqualified staff or volunteers, and staff are expected to face pay cuts while working longer hours.

One interviewee said staff have left to take less stressful jobs in supermarket, while another said: “It’s entirely conceivable to me that we will get to that point in social care where you’re actually paying people less than the minimum wage and expecting some health service users to tip.

“It sounds crazy, but we’re not that far away from it really.”

A further interviewee said: “We’ve already seen in a couple of local authority areas, the voluntary sector completely wiped out of home care, as they just cannot compete due to their unit costs and staff costs.

“They’re still paying pensions and trying to do what they can for the workforce standards and they’re being absolutely wiped out by private companies who don’t pay pensions, who have zero hour contacts for staff.”

Dave Prentis (pictured), Unison’s general secretary, said: “The feedback from those working in the voluntary sector is shocking. The third sector should be properly funded and appreciated. It should not be a cut-price alternative.

“Staff are facing job cuts, poor pay, unrealistic targets and increased stress. It’s hardly surprising that it becomes too much for dedicated staff who can get a better deal working in a supermarket.”