Charity shop income down sharply at the end of 2020, figures say 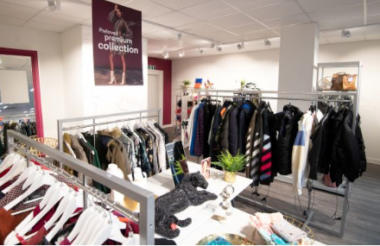 The inside of one of BHF's 750 charity shops

Stop-start lockdown restrictions hit charity trading hard at the end of last year, according to data on the final three months of 2020.

Charity shop sales were done by 19% in October compared with the same period in 2019. In December, during which restrictions were lifted and then reimposed, sales were down by 26%.

There is no data for November, when lockdown rules meant nearly all charity shops were closed for the full month.

The analysis, by the accountants BDO and the Charity Retail Association, also found that the overwhelming majority of charities are looking at expanding ways to trade online.

There were “encouraging signs” that sales were starting to improve at the beginning of October, BDO said, before charity shops in England had to close under a second national lockdown in November.

Some charities had already been struggling with the impact of regional lockdowns during the summer and autumn, with one Welsh hospice anticipating losses of £100,000 from closing its shops.

Fiona Condron, charity retail partner at BDO, said: “We were beginning to see encouraging signs at the beginning of quarter four, but new lockdown restrictions brought any hopes of a sustained recovery to an abrupt halt.”

BDO’s Charity Retail Sales Tracker showed that total like-for-like sales were down by 19.2% in October and by 26.2% in December.

Charity shops outperformed commercial high street stores, however, where sales fell by 27.2% in October and 31.4% in December.

Condron said: “Unsurprisingly, the outlook for 2021 remains very unclear, although a faster than expected vaccine roll-out does provide some hope that restrictions may be eased in the not-too-distant future.”

She added that the crisis “is forcing many charities to rethink their retail strategies”, with more charities looking at boosting their online sales options.

A recent poll by BDO suggested that 85% of charity retailers are looking at expand their online sales operations, and 8% are looking at trading online for the first time.

One charity expanding its online presence is Newlife, a Staffordshire-based organisation which raises funds to help disabled and terminally ill children, and normally runs seven shops.

Colin Brown, commercial director at Newlife, acknowledged that online sales “won’t replace all the revenue lost from the lockdown of our stores”, but added: “We are constantly evolving to respond to new needs and challenges.

“If charity retailers don’t move forward in this way they are just left with products sitting there in a dead state, which can’t help anyone.

“We should all be doing everything possible to raise funds. People rely on us.”

CRA: There will be demand after Covid-19

Robin Osterley, chief executive of the CRA, said: “It certainly has been a frustrating period for charity retailers, who have largely been unable to capitalise upon what is undoubtedly a massive demand for their services.

“Although many of them have used this opportunity to significantly increase and improve their online capability and offerings, this cannot compensate for £28m per month that UK charities lose whenever shops are shut.

“That said, we remain very optimistic for the future, and anticipate that trading will quickly return to pre-Covid levels when we are eventually allowed to reopen.”

The British Heart Foundation, which has the largest network of charity shops in the country, last week asked the public not to dump donated goods outside closed stores. 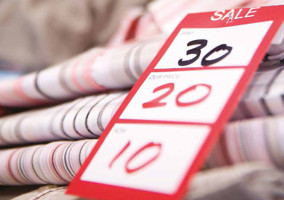 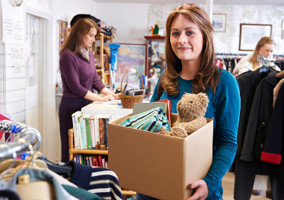