Charity Commission has 'no jurisdiction' over board member's payment from Amnesty

The Charity Commission has said it has no jurisdiction over Amnesty International making a valedictory payment of £530,000 to its former secretary general – now a Charity Commission board member - because the part of Amnesty that made the payment is not a charity. 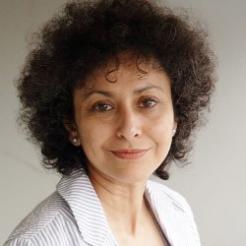 The Charity Commission has said it has no jurisdiction over Amnesty International making a valedictory payment of £530,000 to its former secretary general – now a Charity Commission board member - because the part of Amnesty that made the payment is not a charity.

But the Charity Commission has distanced itself from the case. A spokeswoman said that as Amnesty International Ltd, which employed Irene Khan, is not a charity, the regulator has no interest.  She also said there is no issue in the fact that Irene Khan is a Commission board member, for the same reason. “It’s as if she was employed by a private company,” the spokeswoman said. “We have no jurisdiction.”

According to the report, AI Ltd is “funded principally by AI’s national sections for the purpose of furthering the work of Amnesty International on a worldwide basis and to assist the work of other sections in specific countries as necessary”.

Khan joined Amnesty International as secretary-general in August 2001.  She was the first woman, the first Asian and the first Muslim to take the helm at the organisation.  However, her leadership was not universally popular – she attracted criticism for her insistence that human rights can only follow economic rights and her emphasis on tackling poverty ahead of political solutions.

When the payments first became public on Saturday, Peter Pack, chair of AI’s international executive committee said the payments were made “as part of a confidential agreement between AI Ltd and Irene Khan” and that “it is a term of this agreement that no further comment on it will be made by either party”.

But in a further statement released today, Pack insisted Ammesty was “fully committed to applying all the resources that we receive from our millions of supporters to the fight for human rights”.

He said the payment to Khan was a “unique situation” that would not be repeated.  He also said the board had considered it carefully and became convinced it was “in the best interest of Amnesty’s work”.

“The payment itself is made up of several elements, some of which dated back several years,” Pack said. “This was a unique situation. None of the current employees, including the new secretary general, are on the terms that applied to Ms Khan.

“The new secretary general, with the full support of the IEC, has initiated a process to review our employment policies and procedures to ensure that such a situation does not happen again.”

Amnesty International UK’s membership department said it had had “a couple” of donors cancelling their direct debits this morning as a result of the stories in the weekend papers.

Khan joined the board of the Charity Commission early last year shortly after she stepped down from Amnesty. She is currently the Chancellor of Salford University.