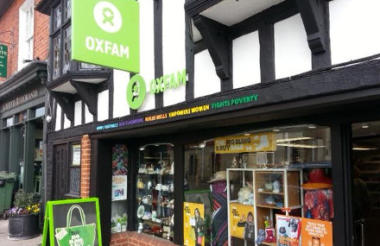 The Charity Commission has announced the scope of its statutory inquiry into Oxfam, following reports of sexual misconduct by charity staff in Haiti in 2011.

The Commission opened its inquiry into Oxfam on Monday, following an exposé published in The Times which accused the charity of covering up the use of prostitutes by its aid staff in Haiti following the devastating earthquake in 2010. Allegations of “bullying, harassment, intimidation of Haitian and international staff and serious sexual misconduct” were also levelled at Oxfam staff.

Oxfam said that four members of staff implicated in misconduct were fired, and a further three including the country director at the time left voluntarily during an internal investigation in 2011. It filed a serious incident report at the time, however the Charity Commission has said that Oxfam withheld the seriousness of the allegations against its staff from the regulator. It published the scope of its new inquiry on its website last night.

“The inquiry was opened on 12 February 2018 after the Commission examined documents sent on Monday by Oxfam regarding allegations of misconduct by staff involved in its humanitarian response in Haiti. The Commission has concerns that Oxfam may not have fully and frankly disclosed material details about the allegations at the time in 2011, its handling of the incidents since, and the impact that these have both had on public trust and confidence.”

Michelle Russell, director of investigations, monitoring and enforcement at the Charity Commission, said: “Acting in the public interest as regulator, this inquiry must and will establish the facts about what the charity knew about events in Haiti in 2011, and how it responded at the time and since.

"The inquiry will also help us, and the public, understand Oxfam’s overall approach to safeguarding those who come into contact with the charity – whether they be beneficiaries, staff, volunteers, or the wider communities in which they work. Resolving this is key to upholding public and donor trust and confidence in charity.

"This week Oxfam’s chair Caroline Thomson has given us an unequivocal commitment to co-operating fully with the inquiry to ensure our work progresses thoroughly and speedily and to resolving the issues faced by the charity to restore public trust and confidence in Oxfam”.

According to the Charity Commission, the purpose of the statutory inquiry is to:

1. examine the charity’s governance (including leadership and culture), its management and its policies and practices with regard to safeguarding, in the context of the applicable law, good practice and its obligations as a charity, both generally and particularly in relation to

2. scrutinise and review the charity’s progress with implementing the requirements in the action plan agreed with the Commission in 2017 and ensure such other actions that may be required to address the findings from the inquiry’s work are undertaken

The inquiry will also “assess what additional actions will need to be taken by the charity in order to address the findings from the inquiry’s work and to assist in restoring public trust and confidence in Oxfam.”

It will also take in Oxfam’s trading division and “may be amended if other issues emerge during the course of the investigation which raise additional regulatory concerns”.

Allegations of sexual abuse and harassment of volunteers as young as 14 in Oxfam charity shops were made by the charity’s former global head of safeguarding Helen Evans in an interview with Channel 4 on Monday night.

The Commission has called on “anyone with information that could be relevant to the inquiry” to contact its special Oxfam Inquiry email address.