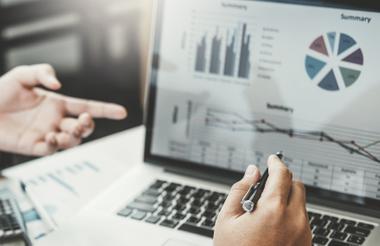 Charities should be “quite worried” if their investment firm does not give a clear answer on questions relating to Russian investments, a representative from EdenTree has said.

Neville White, head of responsible investment policy and research at EdenTree, said: “If you don’t get a direct answer back [when asking about Russian investments] or if there’s a bit of hedging, be quite worried.”

White was speaking at ESG Imperative, an event organised by Civil Society Media. He gave a talk on how charities can invest responsibly and touched on the crisis in Ukraine.

He said people want to know what their financial or investment managers are doing in the wake of the crisis.

Having investments in “any companies facilitating in the aggression towards Ukraine would be an absolute no-no”, he said.

White outlined that, typically, Russia only makes up 2-5% of revenues in global companies.

He said: “A good manager will know probably 80-90% of what a company does, but if you take a large portfolio it's inevitable that some companies in that will have some exposure [in Russia] because they’re global.

“What we did is we looked through our portfolio and asked where would there be likely exposures and interestingly they then tend to be exposures which are companies that are supplying basic, staple goods to the Russian population, so Danone, Nestle – those kind of companies –  food companies and clothes companies.

“We’ve seen a lot of those withdraw. So, the likes of McDonalds is a discretionary spend, McDonalds can close down and do the right thing. I’m not necessarily wanting Nestle to pull out so Russian babies don’t have products.”

White said that EdenTree looked at what its major exposure was in Russia and pinpointed a company in Belarus which produces personal protection equipment for Russian and eastern European hospitals. The investment firm is now looking into it, he said.

White continued: “So we’ve tried to draw the distinction between vital goods and things which are discretionary. We’re pretty comfortable that we have nothing that is discretionary that is still there.”

‘No charity can be without a responsible investment strategy’

“No charity can be without a responsible investment strategy,” White said. “There is risk everywhere, and many times it is invisible,” he added.

Charities should consider how the companies they hold shares in handle environmental, social and governance (ESG) matters, he advised.

White gave the example of Boohoo, a fashion company that is alleged to have paid its workers £3.50 an hour and provided inadequate health and safety provisions for them.

A covert Sunday Times investigation revealed this information in 2020. After the findings of the investigation were published, Boohoo saw a £1bn fall in its share prices in a single day.

White said that at EdenTree “Boohoo wouldn’t even get off the stage” as it is a fast-fashion brand which is “not sustainable”. Hence, “investment could be letting you down in a responsibility way,” he explained.

“You need a good manager who ensures you from future insecurity and risk,” White told the audience of charity representatives.

He also gave the example of Royal Mail, which has had 31 fatalities in the last year, which is more than BP and Shell put together. EdenTree is one of the company’s investors, and White said the firm was going to be meeting with them to discuss the issue.

“Your managers have to look for and understand ESG risk in unexpected places, like Royal Mail. Don’t always assume that the well-known are well managed. [I'm] not saying that Royal Mail isn’t well managed but boy do they have a problem.”