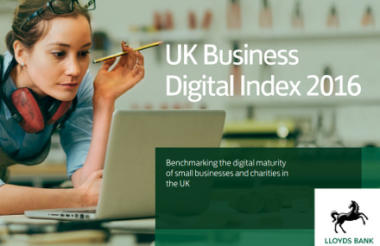 Charities still lag behind the private sector on digital maturity, but they are improving, according to the latest UK Business Digital Index.

The benchmarking survey, produced by Lloyds Bank, found that the sector has made progress in most areas.

The report found that 51 per cent of charities have basic digital skills, compared to 62 per cent of small businesses. The percentage of charities accepting online donations rose from 24 per cent in 2015 to 53 per cent this year.

According to the report, charities are 28 per cent more likely to report an increase in income than less digital charities.

More charities are also investing in digitals skills than last year, though the vast majority, 78 per cent, have no budget for digital skills.

Martha Lane Fox, executive chair of Doteveryone, said in the introduction to the report: “This year, the charity sector has made some major improvements in its digital skills. However 49 per cent of charities still lack all five Basic Digital Skills. A strong digital economy is not enough. We also need a strong civil society, to tackle the challenges we face today.”

Lloyds surveyed 2,000 small businesses and charities about their digital activities. It also carried out in-depth interviews.

Governance & Leadership magazine recently looked at the issues facing charities and trustees when it comes to embracing digital, subscribers can read it here.