Charities plan to deliver more services, increase funding for research and build partnerships with others, research by New Philanthropy Capital (NPC) has found.

NPC’s second State of the Sector report has been published this morning and it warns that before the Covid-19 crisis took hold charities were already struggling.

The report identifies nine activity areas, such as service delivery and building partnerships, where charities expect to increase activity, with no area where they expect to reduce activity.

However, the report notes that income is not expected to increase in line with this, and says: “This suggests that, even before coronavirus, charities were spreading themselves ever thinner across a broadening number of working areas.

“We cannot quantify the risk this now poses, but it is logical that already overextended charities will be hit the hardest by a sudden explosion of demand and a reduction of funds.”

Some 55% said they planned to do more capacity building work in three years’ time, compared to 46% in 2017.

Tom Collinge, policy manager at NPC, said: “Our research highlights of the issues charities were struggling with before the crisis, many of which will become critical now. It paints a picture of a broad and complex sector, wrestling with its relationship with government, funding challenges, technological change and its own diversity and representativeness.”

Austerity has led to strategy changes

Most charities (69%) say they have changed their strategy in the last three years due to austerity or cuts.

The report says: “This could have been caused by cuts in government funding, increased demand for charitable help, or a combination of the two.”

Larger charities with incomes over £10m were more likely to have made changes, with 80% reporting that they had done so.

“This may be because larger charities are more likely to have government contracts,” the report says.

The report finds that more charities than before are involved in public service delivery but that most are subsidising this activity with other income sources.

It says: “Just over half (54%) delivered public sector contracts as part of achieving their mission, a rise of 6 percentage points since 2017.”

Some 57% say they are subsidising their public sector contract with income from other sources such as fundraising. This is slightly down on the 2017 figure.

“We do not know if cross subsidising is seen as a problem or is simply a feature of delivering a public sector contract. But it is striking to see so many small and medium charities doing this, when we can fairly assume they have the least resources to fill the gaps left by a contract that does not offer full cost recovery. The financial strain imposed on some charities by the current crisis makes this extra worrying,” the report says.

The report highlights the lack of diversity in the sector with 78% of charities saying their current staff are not fully representative of the population they serve.

This seems to rises to 88% among charities with an income of more than £10m. 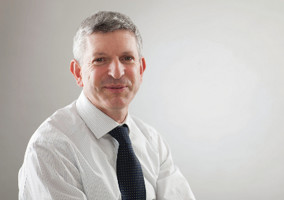 Charities more at risk because they subsidise public sector contracts

There are fewer charities in the most deprived areas of the country, says NPC report