Charities more at risk because they subsidise public sector contracts 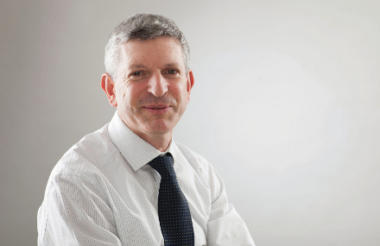 Most charities that are contracted by government to deliver public services have been subsidising those services with other sources of income, according to new research.

The charity sector think tank New Philanthropy Capital (NPC) found that 59% of charities delivering public services use funding from other sources to subsidise services. Many will be unable to continue to do so due to the impact of coronavirus.

With income from fundraising, trading and other sources collapsing due to measures to tackle the coronavirus crisis, NPC has warned that charities are more vulnerable than previously thought.

NPC interviewed 300 charity leaders between November 2019 and January 2020. Around half said they delivered public services.

On Friday NCVO and others warned that the sector will lose more than £4bn over the next 12 weeks.

Charities and MPs have been pressuring the government to finalise a tailored package of support for the sector.

NPC said its research suggests things could be worse than previously estimated and said urgent action is needed.

Dan Corry, chief executive of NPC said: “Charities are mobilising to help thousands of people across the country but they are also crying out for more help and support. Their income is collapsing just as people’s need to use them starts to grow.

“Our research reveals some underlying problems in the sector which the crisis will undoubtedly exacerbate. The response both from policymakers and the sector to the crisis needs to take this pre-existing weaknesses into account, and make sure issues like the lack of core funding, the weaknesses on using digital technology and the cross subsidy of contracts are not overlooked, or we could see charities fail and thousands of vulnerable people put at risk.”

The findings come from research carried out as part of its State of the Sector 2020 project. The full report is due to be published in the summer.

‘We need a Charity Guarantee Scheme’

Elsewhere, Martin Brookes, an economist and chief executive of London Plus, has outlined how the cash flow crisis affecting many charities could be resolved quickly.

Writing a paper in a personal capacity, he called for a “Charity Guarantee Scheme” as part of a package of measures to support charities.

He said that this would help charities that have experienced sudden loss of expected income, such as those expecting to raise money from the London Marathon, which is just one of many events that have been postponed.

Brookes said banks should be forced to provide overdraft facilities to registered charities, as long as their latest set of accounts confirm that they are a going concern, with any losses guaranteed by the government.

He said this would be a “swift way to get money to charities who desperately need it”.

“It will stop charities going bankrupt immediately,” he wrote. “It will not – and is not intended to – prop them up indefinitely.”

Brookes emphasised that this was an emergency measure and that grants, contracts and other support would be needed to support an increase in demand for services coinciding with the collapse of income streams.