The Office for Civil Society has announced the launch of its £20m Local Sustainability Fund, which will give grants of between £20,000 and £100,000 to around 250 small and medium-sized organisations. 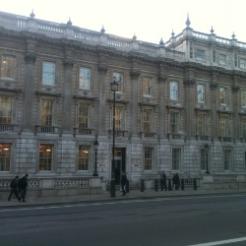 The Office for Civil Society has announced the launch of its £20m Local Sustainability Fund, which will give grants of between £20,000 and £100,000 to around 250 small and medium-sized organisations.

However the fund has taken 15 months to deliver, is half the size it was originally expected to be, and faces criticism over a "ridiculously short" application window.

The £20m fund will be delivered through the Big Lottery Fund and will be available to around 250 high-impact charities and social enterprises.

Charities will also be eligible for support from local businesses, with the OCS saying that all grant recipients expected to establish a "strong volunteering relationship with a local businsses".

The fund was launched by Rob Wilson, the minister for civil society, in his first keynote speech of the new parliament in London yesterday.

Wilson said: “The Local Sustainability Fund will establish cross-sector partnerships and build skills crucial to delivering sustainability in the sector”.

He also said it would play an important role in building a ”truly compassionate society”.

The Local Sustainability Fund was first proposed during Nick Hurd’s time as the minister for civil society in March 2014.

At the time, an Office for Civil Society spokeswoman told Civil Society News that the fund was expected to be £40m. But Wilson said the size of the fund had never been confirmed.

"£40m was an indicative figure, it was never a pledge," he told Civil Society News when asked why the figure was halved. "Obviously we are going through a period of rebuilding the economy.

"Don’t look at it as only that money. It also provides some of the things the sector need and they tell me they need - skills, expertise, things that they find it difficult to buy in."

Jay Kennedy, director of policy and research at the Directory of Social Change, said: "It will be good news for those lucky organisations that are able to navigate successfully through the ‘diagnostic tool’ and ‘eligibility checker’ which helps you decide if you can apply.

But he criticised the fund's application window for being "ridiculously short".

"It isn’t good practice particularly because it will take some time for the information to filter down to organisations and for them to decide if they are eligible, let alone to consider the different elements that they will have to bring together to develop a successful bid," he said. "The Cabinet Office should extend the deadline to at least eight or 12 weeks."

Sir Stephen Bubb, chief executive of Acevo, said: “The £20m will be welcomed by the sector despite the smaller-than-expected size of the fund. We hope there is more to come."

Neil Cleeveley, chief executive of Navca, said: “I’m relieved this fund is finally being launched even if it is less money than originally promised”.

“To be really successful, the support provided needs to have a legacy that outlasts the funding. Those providing the support should be helped to learn from this fund so they are able to support further organisations in future”.

Applications for the LSF close on 26 July 2015. Charities interested in applying can do so through an online diagnostic tool.