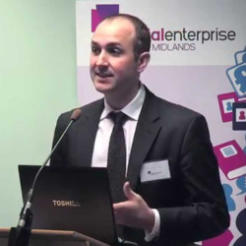 A social venture capital trust will allow multiple investors to put money into a fund, which then invests that money in asset-locked bodies.

Social VCTs use the same principle as social investment tax relief, introduced last year, which allows investors to make equity or unsecured debt investments in charities, community interest companies, community benefit societies and social impact bond companies, and reclaim up to 30 per cent of their investment against tax.

The social VCT is likely to allow investors to make much smaller investments of a few thousand pounds, compared to the previously introduced social investment tax relief, which was only considered practical for investments of tens of thousands.

“Investors will pay no tax on dividends received from a social VCT or capital gains tax on disposals of shares in Social VCTs,” the Budget document said. “Social VCTs will have the same excluded activities as the SITR. The government will legislate for social VCTs in a future Finance Bill.”

The Treasury has previously indicated its willingness to explore the use of social VCTs but Simon Rowell, strategy and market development director at Big Society Capital, the social investment wholesaler which proposed the idea, said he was “pleasantly surprised” to see a definite commitment to them in this Budget.

Rowell said his organisation considered social VCTs “very important” and had lobbied hard for the legislation.

There was also a commitment to explore the use of social investment to “reduce the estimated £4.3bn spent because of a failure to support troubled individuals struggling with homelessness, addiction and mental health problems”.