The British Red Cross has committed to contact donors by phone only if they have opted in to receive such calls in the last 24 months, as part of a best practice agreement with the Information Commissioner's Office. 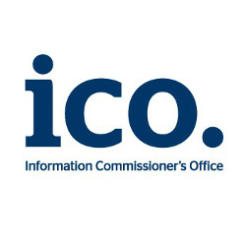 The British Red Cross has committed to contact donors by phone only if they have opted in to receive such calls in the last 24 months, as part of a best practice agreement with the Information Commissioner's Office.

The undertaking signed today by the charity’s chief executive Mike Adamson and head of enforcement for the ICO, Stephen Eckersley, commits the Red Cross to a set of rules that requires it to gather “fresh specific and informed consent from the individual” once the two-year consent period has expired.

The signed document defines the “opt-in” consent model as “consent given by a clear affirmative action establishing a freely given, specific, informed and unambiguous indication of an individual’s agreement to personal data relating to them being processed in this way”.

The model falls in line with upcoming EU regulation that required charities to have “unambiguous consent” before contacting donors.

Adamson is chair of a working group set up by NCVO to develop guidance for charities in the run up to the regulatory changes.

In an exclusive interview with Civil Society News this week, Adamson said he was keen for the charity sector to “create the environment where people manage their own data”.

“The working group’s vision is of a world where people can give consent for their data to be used. That’s what the working group is looking at and that’s the direction the British Red Cross is going in,” he said.

Adamson said the Red Cross was ensuring it has “really respectful, enduring relationships with people who are inspired by our cause and therefore want to give more”.

“We’re evaluating how we strengthen the quality assurance of our fundraising practice. We used to swap data with other reputable charities. We don’t do that anymore. We never cold-called and we never sold people’s data,” he said.

According to the undertaking signed by Adamson this morning, the charity will change its consent model within the next 12 months.

Fundraising calls are covered by ICO regulations to privacy and electronic communications which govern rules around personal data control, including what permission people need to have given before being contacted by organisations marketing their services.

Andy Curry, group enforcement manager for ICO said a “big part” of the organisation’s work was working with companies “who want to get it right”.

“British Red Cross is a good example of that,” he said. “They’ve seen the benefits of not just following the law, but following best practice, and we’re pleased that we’ve been able to work with them on this.”

The undertaking was initiated following a Daily Mail report last year that suggested a number of charities were ignoring marketing rules to compete for donations. The British Red Cross was contacted by the ICO as a result “offered advice around further good practice that could be implemented”.

A statement by the ICO said the charity had pledged to “go beyond” the rules set out by the regulator.

A statement by the British Red Cross this morning said: “We are pleased that the Information Commissioner’s Office review has found that British Red Cross’ fundraising practices are compliant with the law and current guidance. Signing this undertaking reiterates our commitment to best practice and putting supporters at the heart of our fundraising.”

Yesterday the British Red Cross announced it was selling off local properties and making over 100 redundancies in an effort to save the organisation £10m a year. The charity estimates it will lose between 10 and 20 percent of its income from direct marketing as a result of changes to regulation.

The working group chaired by Adamson is expected to produce a set of recommendations in June or July.

Click here to read our interview with Mike Adamson.