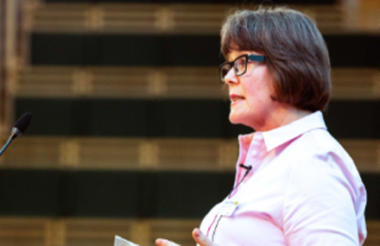 The Charity Commission is right to want to improve public trust in charities, but said it is wrong to imply that all charities have behaved badly, the chief executive of Breast Cancer Now said this week.

Baroness Delyth Morgan was giving the closing keynote at the NPC Ignites conference earlier this week and said she wanted highlight “reasons to be cheerful”.

Last week the Charity Commission published its new strategic vision and focused much of the media activity around the need to improve behaviour in the sector as a whole in order to restore public trust.

This week Morgan said that charities had faced a number of “challenges” around chief executive pay, treatment of vulnerable people and headlines about the “slide in public trust” and austerity affecting charities.

She said these are “real issues” and that some “some things have gone wrong in some charities” so the regulator and the sector “need to work together to make sure that things get put right”.

But she said this does not mean all charities have a problem.

“I am not convinced that this picture is representative of what is happening in the sector as a whole,” she said.

She added that there is a “tremendous” amount of good work going on and that “people are making a huge difference”.

While it is “easy to feel a bit gloomy” she said charities should be proud of what they achieve.

“As someone who has worked in the sector for a long time, the sector has really come on,” she explained, “a lot has changed for the better, moving forward many reasons to be cheerful.”

She said that merging two charities to form Breast Cancer Now was “the best thing that has happened to our organisations”.

For this reason, she said, she was passionate about collaboration in the sector. She said the sector is naturally very good at collaborative working, but “we can do more – it really does work”.

As a larger charity she said Breast Cancer Now tries to “check our privilege”.

She said it’s important to be “humble” and listen to others, especially supporters.

“None of us can do what we do without public support,” she said. “My experience at Breast Cancer Now is that they really do speak to anyone who will listen.

“I never fail to be amazed by the creativity and imagination. People really take huge steps to raise money for matters that are close to their hearts.” 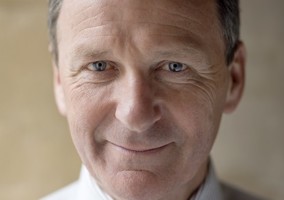 Commission should give charities that don't think about impact 'a kick'