Bond has launched an apprenticeship scheme offering entry-level roles across the international development sector with the aim of improving diversity.

The apprenticeship programme acts as an alternative entry point to the sector than recruiting university graduates. This could help encourage a wider range of people across varying background incomes and experiences.

Stephanie Draper, chief executive at Bond, said: “Getting an entry level role at an NGO can be very competitive, and historically this has meant they have gone to people with extensive higher education or one type of socio-economic background.

“Over time this has led to a lack of diversity across the sector, so we’re delighted to be able to offer an alternative route into NGOs through apprenticeships.”

The apprenticeship scheme will also provide upskilling in current fields such as data analysis and digital to those already employed in the international development sector.

Andrea Metcalf, deputy director of people and culture at ActionAid UK, said: “Our sector desperately needs an injection of diverse talent and this programme promises that and more.

“We have worked with WhiteHat to hire two excellent apprentices and upskill existing staff using our levy pot.

“WhiteHat's support and advice have been invaluable and I urge everyone in the charity sector to speak to WhiteHat and Bond.”

Announcing the scheme, Bond highlighted the role the government's apprenticeship levy can play in funding apprenticeships. The levy was implemented in 2017 and is worth 0.5 per cent of an organisation's total payroll for those with over £3m in annual staff pay.

The funds raised by the levy can only be spent toward apprenticeship training and assessment, and must be accessed within 24 months before it reverts to government.

Charities can transfer up to 25 per cent of funds to another organisation to be spent toward apprenticeships, since a revision in 2018 brought the cap up from 10 per cent.

Anne Milton, ex-skills minister, said in April that organisations eligible to pay the apprenticeship levy had used only 15 per cent of the £3.9bn worth of funds raised between May 2017 and January 2019. 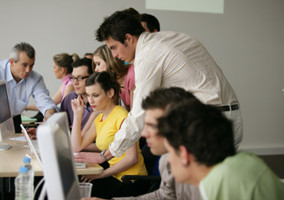 How are charities responding to the apprenticeship levy?