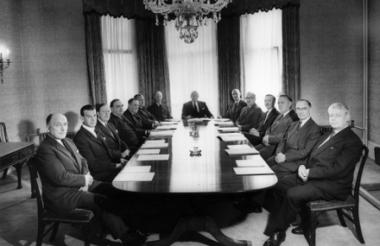 The lack of diversity on trustee boards leaves the sector at risk from “myopic” decision-making, warns a new report into trusteeship, published today by the Charity Commission.

The regulator has warned that trustees must do more to promote diversity, with its chief executive, Helen Stephenson, saying that “trustees do not reflect the communities charities serve”.

The report, Taken on Trust: The Awareness and Effectiveness of Charity Trustees in England & Wales, finds that 92 per cent of trustees are white, 64 per cent are male, 75 per cent are richer than average, and 51 per cent are retired, with an average age of 61. It is based on a survey of 3,500 trustees.

Men outnumber women on trustee boards by a ratio of 2 to 1. Two thirds of chairs and treasurers are also men.

More than 8,000 trustee boards, 5 per cent of the total, have an average age above 75. The report states that “while it is encouraging to note that many people beyond normal retirement age are contributing their time as trustees, it is perhaps a little concerning that over 8,000 boards have an average age of over 75 years.”

The report adds that trustees are drawn from a “narrow cross section of the communities they serve”, with “the vast majority are White British, older and above average income and education”. It states that “there is clearly a need to promote greater diversity within charity trustee boards”.

It also finds that most board members are recruited informally from trustees’ personal networks, and that most trustees do not access any external support other than the Commission website.

Only 5 per cent of trustees are recruited in a formal, public process via an advert. In contrast 71 per cent are recruited through a “profoundly informal” process based on personal friendships and connections, the report finds.

The report concludes: “Recruitment processes are informal and largely closed. This can only further contribute to the narrowness in diversity achieved in trustee boards, to self-replication in their membership and to an inward perhaps even myopic approach to their role.”

The Charity Commission recommends that the “diversity deficit in both demographics and in the representation of specific skills amongst trustees” should be addressed jointly by government, voluntary sector umbrella bodies, and the regulator itself.

The Commission also recommends that it captures additional information on charity trustees, but says more work needs to be done to encourage trustee boards, and particularly their chairs, to “actively embrace different people, new ideas, skills and experience to trustee boards”.