The British Heart Foundation has advised that its losses from theft of charity shop donations and bogus collections have almost tripled from £1.2m last year to £3m this year. 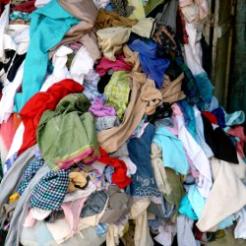 The British Heart Foundation has advised that its losses from theft of charity shop donations and bogus collections have almost tripled from £1.2m last year to £3m this year.

A spokesperson for the charity advised that the figures, running from April 2010 - March 2011 were a “conservative estimate” and are expected to double again to £6m in the next financial year. The estimates are higher than the predicted loss to all charities estimated by the Charity Retail Association (formerly Association of Charity Shops) earlier last year.

BHF compiled the figures in December in preparation for meetings with the police and MPs to create an action plan against the losses incurred by charities. The spokesperson also confirmed the charity would attend a roundtable discussion with minister for civil society Nick Hurd and the head of London's economic crime unit, DCS Steve Head, regarding the matter on Monday.

BHF has registered a 25 per cent drop in household collections due to bogus collectors or the collection of its bags by registered commercial collectors.

"Some bogus collectors will even imitate well-known genuine charities, using similar names and logos," added the spokesperson. "We are aware of one organisation which collects on behalf of ‘the British Charity Foundation’ and uses a logo which looks like that of the BHF." (See image below.)

The charity blames the increasing losses on the rising cost of rag due to an increase in the export of textiles to Eastern European countries.

Mike Lucas, retail director for the BHF, says charity shop donations are the "lifeblood" of the charity with BHF shops selling 80,000 items every day. “All profits raised from goods donated to BHF shops go directly to fighting heart disease – the UK’s biggest killer.

"Household appeals are a vital source of income for shops. Stealing bags that have been left out for our charity is akin to robbing people with heart conditions of a better quality of life," he said.