Beating Bowel Cancer has launched a new DRTV advertising campaign with the aim of doubling its regular donors over a four week period. 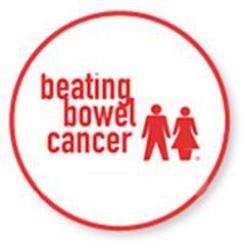 Beating Bowel Cancer has launched a new DRTV advertising campaign with the aim of doubling its regular donors over a four week period.

The charity is aiming to attract 1,000 new donors each paying a minimum of £2 per month. It will have 60 slots over approximately a month on digital TV station ‘Yesterday’.

The campaign was put into play after the charity was contacted by production company Tristar Television which offered an "attractive package of production with free airtime". The production company was motivated by a member of staff whose family was affected by cancer.

Mark Flannagan, chief executive of Beating Bowel Cancer said: “This is the first time we have used television advertising to secure donors and we are excited to see the results. Through this advert we hope to secure new donors at this time of heightened awareness of bowel cancer, by asking for a small regular gift to help us continue our work and save lives from the UK’s second biggest cancer killer.”

The advertisements coincide with the Department of Health’s ‘Be Clear on Cancer’ campaign which began on 30 January to raise awareness of the illness. Another reason for Beating Bowel Cancer to use TV as a medium is that the ‘Yesterday’ audience is predominantly over the age of 50. The organisation feels that people in this age category are more likely to have been directly or indirectly affected by the illness and will be motivated to respond and donate.

The advertisement focus on Andy’s Story (a police officer who has suffered with bowel cancer) and the first showing was at 13:00 on 23 February 2012. By increasing its donors through this campaign Beating Bowel Cancer will be able to assist more of the 40,000 people diagnosed with the illness every year.