The Charity Commission will now conclude its statutory investigation into Astonbrook Housing Association following the imprisonment of two of the asylum housing charity's former trustees on Friday after pleading guilty to fraud of £1.8m. 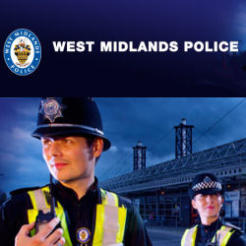 The Charity Commission will now conclude its statutory investigation into Astonbrook Housing Association following the imprisonment of two of the asylum housing charity's former trustees on Friday (14 September) after pleading guilty to fraud of £1.8m.

Birmingham's Astonbrook Housing Association registered with the Charity Commission in September 2002 with the object of providing housing, advice and counselling to asylum seekers.

The charity won the approval of the UK Borders Agency and Birmingham City Council which over a number of years provided millions of pounds for this purpose. However while the charity purchased 20 properties in Birmingham in order to secure continued funding, the police investigation found that much of the money was being transferred to bank accounts in Dubai. The criminals also made out crooked cheques to themselves under the guise of being paid for legitimate goods and services.

While charged with fraud to the sum of £1.8m, West Midlands Police, which undertook the criminal investigation, believe that the total amount of public funds lost through the criminals' activity could total up to £6m.

Sergeant Emma Hickl from the West Midlands Police's Economic Crime Unit said: “The behaviour of these individuals was so audacious that they did not only exploit Birmingham City Council and UKBA, but ultimately every single taxpayer in this country.

"They also showed complete disregard for the welfare of the asylum seekers they were paid to help in the first place."

The Charity Commission opened a statutory investigation into the charity in May 2007 after concerns were raised relating to fraudulent mismanagement and misconduct at the charity. It appointed two interim managers from Baker Tilly to secure the charity's funds and safeguard the interest of its beneficiaries.

Detectives from the West Midlands Police began investigating the financial affairs of the charity in June 2007, and in July 2007 the force raided the property with 70 officers and subsequently scrutinised 18,000 cheques and fraudulent invoices.

The charity went into liquidation in March 2009 and Baker Tilly was then appointed by the court as liquidator to wind up the charity, a process which is still ongoing. Charity Commission records show that the charity has provided only one set of accounts since its registration, which are not publicly available.

The trustees' convictions mean they are no longer eligible to be trustees of any charity in the future and each has been banned for ten years from being the director of a company. The West Midlands Police force advised it will now use the Proceeds of Crime Act to recover any assets and return them as compensation to the victims "and ultimately to the taxpayer".

Michelle Russell, head of investigations and enforcement at the Charity Commission welcomed the action and said: "The public put their trust in those who are in charge of charities to ensure vital services are provided to those who most need them and that money given to charity is used only for those purposes... Using a charity for criminal purposes such as has happened here is absolutely abhorrent.

"This case shows how effectively the police, the Charity Commission and other agencies can work together to catch those who abuse charities. Now that criminal proceedings are concluded we will look at any outstanding reglatory issues relating to our inquiry and publish a report once it is completed."

In 2008 the £11m contract initially awarded to Astonbrook Housing Association to provide housing to asylum seekers was transferred to Priority Properties North West. The move saw legal action from staff at the charity who were dismissed in the process and claimed unfair dismissal on the basis of failing to comply with the transfer of undertakings procedures, but the action was struck out.