Arfan Hanif: ‘We don’t need an EDI strategy – we just live it’

You can say lovely words like diversity and inclusion but we don't have to say it - we are it, Hanif tells Sam Wait 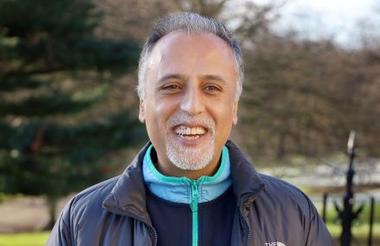 Arfan Hanif is the CEO of Touchstone

Arfan Hanif is the chief executive of Touchstone, a mental health charity based in Yorkshire with an income of around £10m, mostly from government contracts.

A third of the charity's more than 250 workers are BME, 26% are lesbian, gay or bisexual and 6% are non-binary or transgender.

However, Touchstone does not have a traditionally written equality, diversity or inclusion (EDI) strategy and does not intend to write one.

“We don't need to have one, we just live it,” Hanif says.

Hanif recounts a time when he attended a board meeting to discuss diversity and inclusion with two African Caribbean staff, while the rest of the room was mostly white and middle-class.

“You can say these lovely words [such as diversity and inclusion] but we don't have to say it, we are it,” he says.

“For me, it's the first thing I think of. It's all about people. Others approach it from this weird, ethical moral perspective. I see diversity and inclusion as giving me a competitive business with an edge. I don’t see it from a moral perspective, if you want to approach it by that, then it'll be way down on your priorities,” he explains.

As a Pakistani Muslim, Hanif says he has experienced both direct and institutional racism.

“Once you've experienced that, you want to do something about it,” he says. “It’s real. It's not some moral view.”

Co-production as a function

Hanif says that he calls co-production a function, and emphasises that this language is key for it becoming a priority at the charity.

“I call it a function and the minute I call it a function I prioritise it, and therefore give it equal status. So all the directors report to me, whether it's HR, finance or operational business development, but there's also one other person that reports to me and that’s the co-production coordinator.”

Despite being a junior member of staff, Hanif feels the role is so important they must report to the CEO.

“They are not junior to me, they are critical,” he says.

‘You can never have equity without representation’

Representation is important in an organisation, both on the board and in marketing campaigns, Hanif argues.

“Until you sort out your representation, [EDI] means nothing to people like me. Using these fancy words, like ‘I want to co-produce services that meet your diverse and inclusive needs’ sounds more like it meets your needs, not mine. Without that representation, you don't have the authority,” he says.

Representation allows service users to connect with the charity’s staff as they can see people like themselves in the organisation.

“It can be beneficial for service users see a hijab-wearing woman, an African Caribbean, a trans man or trans woman. Once you have that connection with whoever you’re dealing with it can be quite magical,” Hanif says.

“You can never have equity without representation. So, I'm proud of the organisation and that it reflects the diverse communities and identities of the people that we serve.”

The value of lived experience

Hanif calls himself a “reluctant CEO” as he never set out with the intention of obtaining the top job.

His first engagement with Touchstone was as a mental health service user less than ten years ago, so he has lived experience of mental health issues.

“It’s already hard being an Asian, Pakistani, Muslim working class guy to get up there. And then you also add mental health to that, you think things are not looking good, are they? Which employer wants that? That's the stereotype.”

But over time, Hanif began to realise his lived experience was an asset rather than a disadvantage.

“As time went on, I realised I didn’t have a mental illness, I had valuable lived experience. And the only illness is stigma and prejudice.”

When appointing staff, Arfan uses lived experience “as a qualification – it’s a bonus.”

“We appoint people from out of prison, who are on probation and those staff have now moved on into senior roles as a result of going through that pathway. It is my view that they’ve paid their dues to society, and when people come out of that criminal justice system, they’re the most disciplined people you'll ever meet.”

Talking about staff at the charity, Hanif emphasises the importance of them feeling at home at work, and says the charity does not have a dress code.

“If staff are able to be themselves they’re less likely to have wellbeing issues,” he says.

“We've got staff network groups from neurodiverse staff, BAME staff, LGBT staff, a menopause group and we’re just about to set up a disabled network group

“The key thing is that staff feel safe, accepted and respected and included by having those groups and they can say things about myself or the organisation, it’s their safe space. And that in itself, then retains staff.”

Every year the charity holds an award ceremony called the 'TOSCARS' where staff can receive accolades such as best colleague of the year. This year, every staff member was a winner, Hanif says, and received a grocery voucher in lieu of the cost-of-living crisis.

Touchstone is a real living wage employer but when asked if staff will receive a salary increase due to the economic crisis, Hanif says the charity is not in a position to do so.

“Ideally, yes, I want to pay my staff more. But we need the uplift from our funders, if not, all we're doing is hurting our charity. We've got some reserves, we could look at that. But once we’ve set the precedent, then those reserves will not last long.

“The government, funders, and charity infrastructure organisations need to fund the charity sector, so they can pass on that money to their staff. If not, they'll be taken from their own reserves.”

What next for Touchstone?

Reverse mentoring is the next step for Touchstone, Hanif says. He plans to partner service users with directors so they can learn from one another.

“The outcome is about whether you’re a finance or HR or business development operations director, ultimately whatever you're doing, the end result is better service for the customer on certain issues.”

This will also help increase empathy throughout the organisation, Hanif agrees. 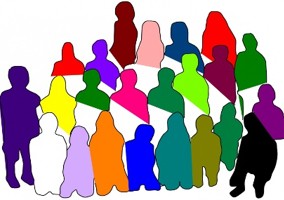 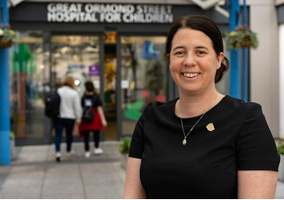 How to recruit a diverse workforce 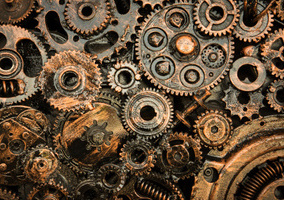 Co-production is ‘language of the system’, Touchstone CEO says