Managers at Amnesty’s international secretariat, which is based in London, pledged to reform its internal culture after an independent report, concluded last October, found that some staff had used racist language and diminished concerns raised by ethnic minority colleagues.

The charity’s leaders told staff at the time that the report was “sobering” and promised to “address white privilege wherever it exists”.

At the same time, former staff at Amnesty International UK (AIUK), which has a separate employment structure, said that AIUK “knowingly upheld racism” in some of its practices. They called on its leadership to resign, according to reports in The Guardian.

The same demand has now been made by former AIUK trustees and by Unite the union.

The internal report for Amnesty International, conducted by the consultants Howlett Brown, said that staff “provided some specific examples of overtly racist language being used” at the charity.

The report also said that the way some managers behaved towards ethnic minority staff “consistently questioned their capability” and that “in particular, black staff were acutely aware of their competence being implicitly challenged in their day-to-day work”.

In a statement online, Amnesty International’s secretariat said that it “wholeheartedly apologises to any of our staff who have experienced discrimination or been hurt by individual, structural or systemic racism in the confines of our movement.

“These accounts are unacceptable for an organisation whose mandate is to ensure human rights for all are upheld around the world”.

It added: “Following the report, the international secretariat’s coalition leadership team committed to actively and honestly tackling the root causes of these issues identified.

“However, it would be disingenuous for us to suggest there are any quick fixes. This is a long-term commitment to engender an organisation that is authentically and fully anti-racist.”

A number of former staff at AIUK also told the Guardian that they had felt “dehumanised” after suffering racism and exploitation there.

One former board member, Daren Nair, said yesterday that he resigned from his position last month, after three years in the job, because the senior management team’s response to racism allegations was “unacceptable”.

Hannah Perry, who served as a trustee at AIUK between 2011 and 2018, confirmed that staff had shared with her evidence “of what I now recognise to be institutional racism” in 2017.

Perry said that she shared the sense of "responsibility and shame" for not acting on this evidence, adding: “There needs to be further accountability for the failure to act effectively sooner.”

Union calls for leaders to quit

Last week Unite, the union at AIUK, called for the charity's board chairs and senior managers to resign.

The union passed a resolution which said: “There have been unacceptable failings in AIUK leadership's response to internal racism.”

It added that the union would “join our former colleagues' call for the resignation of AIUK's SMT [senior management team] and the chairs of AIUK's boards”.

Kate Allen: 'I am deeply sorry'

Kate Allen, who has been chief executive of AIUK for more than 20 years, said in a statement: “I am deeply sorry to hear the accounts of racism from our former colleagues at Amnesty International UK that have been published in The Guardian.

“I want to apologise to anyone who has experienced harm and pain and felt that we have not effectively and properly addressed allegations of racism within the organisation.

“These are serious and challenging concerns and, although I cannot discuss individual cases, we take allegations of discrimination seriously and investigate them thoroughly in line with our policies and procedures.”

Allen announced her plans to leave AIUK in March. 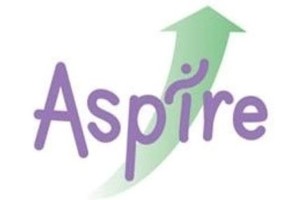 Five out of seven of Amnesty's senior leadership team made redundant