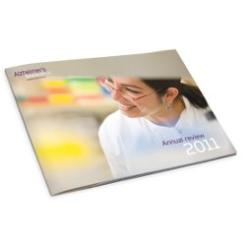 The rebrand coincided with the release of new research commissioned by the charity and carried out by YouGov in to public attitudes to dementia. The poll of more than 2,000 people showed that 31 per cent of respondents feared dementia most, with 27 per cent fearing cancer most and 18 per cent fearing death most. The results also reveal that more than half (52 per cent) of UK adults aged between 30 and 50 fear that their parents will suffer from dementia illness.

But according to Alzheimer’s Research UK this massive public concern hasn’t helped finance research into the condition that affects 820,000 people, leaving it crippled by underfunding.  A quarter of all hospital beds are occupied by people with dementia yet a report by the health ombudsman today found that the NHS is failing to provide even the most basic standards of care for elderly patients.

The charity funds scientists to find preventions, treatments and a cure for dementia. For every research UK scientist working on dementia, six work on cancer.

John Spencer said the revamp included use of a new font called ALZ, which is used extensively across the charity's collateral, including the 2011 annual review.